GWINNETT COUNTY, Ga. - Firefighters have successfully put out a blaze at home fire in downtown Buford that killed a family pet.

Investigators believe the fire came from an electrical problem.

Crews were called to the home on the 300 block of West Moreno Street NE a little after 11 Friday night after a neighbor reported seeing flames and smoke coming from the home's windows.

When fire crews got to the scene, they found the one-story home heavily covered by smoke and flames from all sides of the home.

As crews went inside the home to put out hidden fires in the attic, they say they discovered the family's dog dead inside.

The fire was able to be extinguished but not before suffering heavy damage including a partial collapse of the floor. 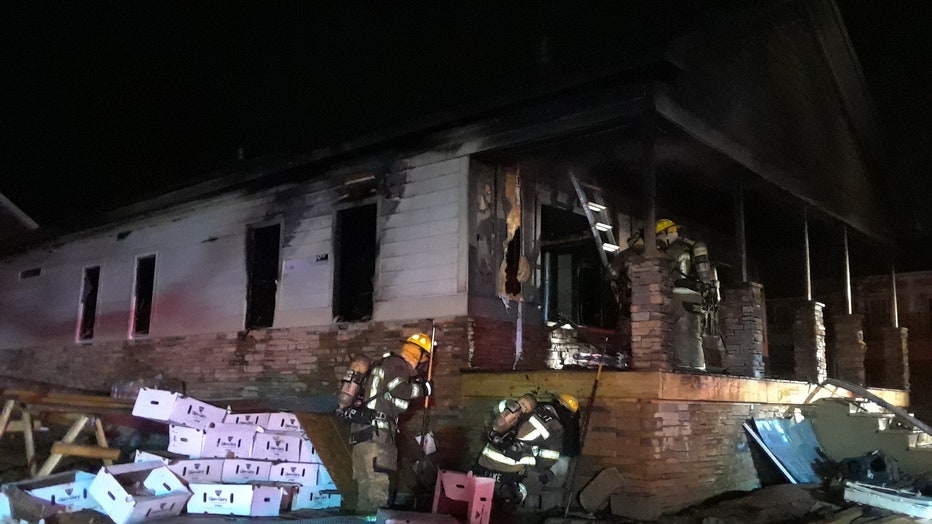 Investigators believe an electrical problem was the cause of the home fire. (Gwinnett County Department of Fire and Emergency Services)

Investigators believe the cause of the fire was electrical in nature and started near the center of the home.

No individuals were injured at the scene.