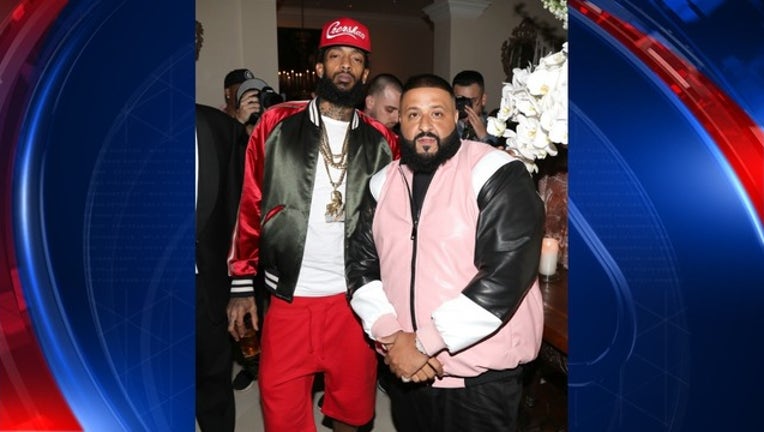 LOS ANGELES (AP) - DJ Khaled is releasing a single with Nipsey Hussle that was filmed days before Hussle was shot to death in Los Angeles.

Khaled announced on Twitter on Wednesday that all proceeds from "Higher" will be donated to Hussle's children, 10-year-old Emani and 2-year-old Kross.

Khaled says he decided to share the single after much prayer and with the full blessing of Hussle's family. He says the "title of the song reminds us that vibrating on a 'Higher' level was the essence of Nipsey's soul."

Hussle was shot to death in what police said was a personal dispute outside his South Los Angeles clothing store on March 31.

The man charged in the shooting has pleaded not guilty.