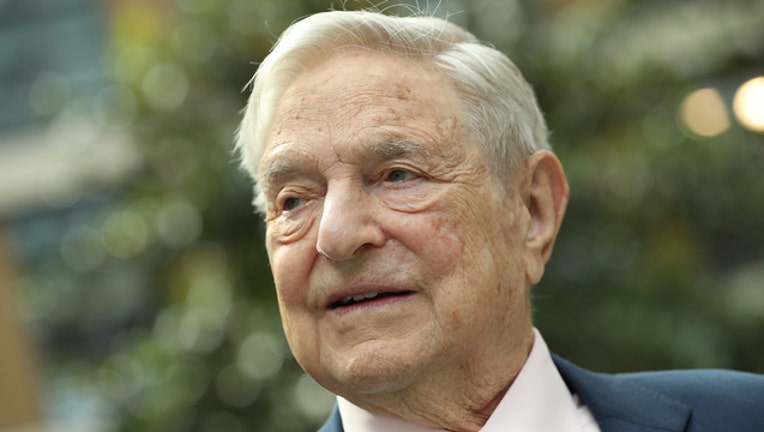 Financier and philanthropist George Soros attends the official opening of the European Roma Institute for Arts and Culture (ERIAC) at the German Foreign Ministry on June 8, 2017 in Berlin, Germany. (Photo by Sean Gallup/Getty Images)

"The components were there for an explosive device," said the official, who spoke to The Associated Press on condition of anonymity because he was not authorized to publicly discuss the continuing investigation. "It was not a hoax device."

The official said the investigators were reviewing surveillance video Tuesday to determine whether the package had been sent through the mail or otherwise delivered.

Among the unanswered questions was whether the package was addressed to Soros, the billionaire who is a frequent target of right-wing conspiracy theories.

The Bedford Police Department said it responded to the address in the hamlet of Katonah, part of the Town of Bedford, at 3:45 p.m.

A security officer who worked at the compound placed the package in a wooded area and called police, who alerted the FBI and the Bureau of Alcohol, Tobacco, Firearms and Explosives.

The FBI's New York field office said on Twitter that there was "no threat to public safety."

Soros, who made his fortune in hedge funds, frequently donates to liberal causes and is vilified on the right.

Recently, conservative critics have, without evidence, accused him of secretly financing a caravan of Central American migrants to make their way north toward Mexico and the U.S.

The Jewish Soros has also been the target of anti-Semitic smears. Some have falsely accused him of being a Nazi collaborator during World War II, when he was a child in Hungary.