WALTON COUNTY, Ga. - The Walton County man on the run from the law since Wednesday morning has been captured.

The Walton County Sheriff’s Office said Jerome Ray Mobley was spotted Friday by a homeowner and his son in the 2600 block of Hester Town Road. But as the family confronted Mobley, he turned the gun on himself, according to deputies.

A massive manhunt was launched for Mobley after Walton County deputies said he shot and killed his wife in front of their front of their children at their home in the area of Knox Chapel Road near Knox Chapel Circle in Social Circle. Neighbors told FOX 5 News they didn't hear any gunshots Wednesday morning but woke up to sirens as police arrived on scene.

Hundreds of law enforcement officers from all levels of government assisted in an active search the past two days for Mobley. K-9s, four wheelers, helicopters and quite a bit of other technology was brought in to assist in the search. Deputies said his truck was found Thursday behind the cemetery on Knox Chapel Road.

A teen and his dad are being credited with spotting Mobley in a hayfield next to their Monroe home. Brantley Wommack, 18, said he and his grandmother were grilling out around 4 p.m. Friday when they spotted the wanted murder suspect.

Wommack said he had been paying attention to the news and quickly realized the man was.

“The second my dad saw his face he knew it was him. When I heard my dad say it, that’s when I knew,” said Wommack.

The teen said he went inside to get his father who then came outside with his gun. By then, their black lab, Sis, had gone into the field after Mobley. The Wommacks told FOX 5 News Mobley fed, running a short distance. That’s when the family said they heard a shotgun blast.

The sheriff’s office said Mobley shot himself with a 12-gauge shotgun. The 39-year-old was airlifted to Grady Memorial Hospital. Sheriff Chapman said it’s unclear how long Mobley will take to recover at Grady before being returned to Walton County to face charges of his wife’s murder.

“When we found him here, he’d been shot in the inner right thigh by, we suspect his wife,” said Sheriff Joe Chapman, further explaining where Mobley was found was seven miles away from the crime scene.

Sheriff Chapman said it appears Mobley had been hiding in fields and woods since Wednesday. The sheriff said the Mobley, armed with the shotgun, survived apparently by drinking creek water and was moving at night.

The Wommacks said they heard from the victim’s family thanking them for helping them seek justice.

“The devastation in that family you can’t put words on it so I’m glad he’s caught,” said Mark Womack.

There was a $5,500 reward for information leading to the capture of Mobley. The sheriff said he can only vouch for the $2,500 posted by Walton County Sheriff’s Office along with a $500 reward from a private citizen. Champman said the family should get that reward. It was not immediately known is the Morgan County Sheriff’s Office will reward the Wommack’s the other $2500 which they were putting up for the capture.

Mobley is expected to face felony murder, aggravated assault and two counts of cruelty to children charges once he is discharged from the hospital and taken into custody. 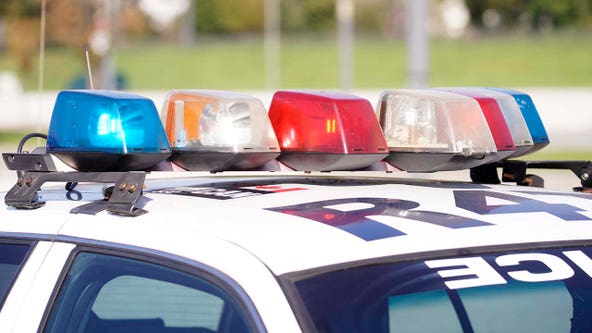