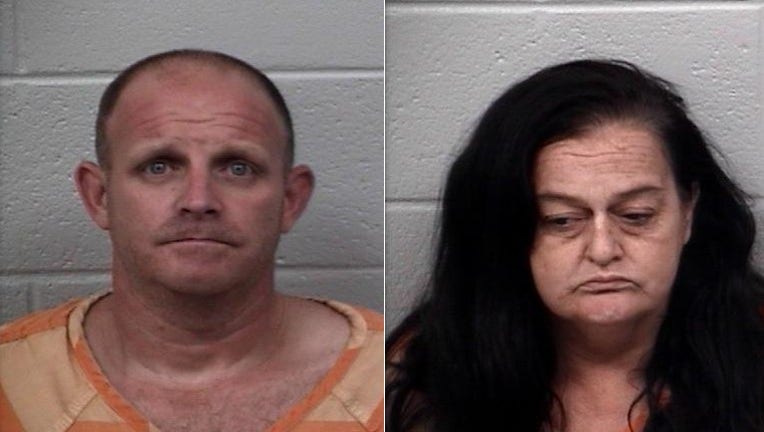 Officials tell FOX 5 911 operators received a report of suspicious people walking and out of new homes on Northridge Drive shortly before 1 a.m. on Tuesday.

The caller was able to tell deputies that the suspects had left the subdivision and provided a vehicle description. Shortly after responding to the scene, deputies were able to find the vehicle pulling into a driveway on the 7400 block of Dallas Acworth Highway.

When they pulled over the car, deputies say they noticed a "large quantity" of wire in the vehicle.

Through that evidence and security footage, deputies arrested and charged 43-year-old Timmy Rana Watson and 47-year-old Christine Denise Byers in connection with the theft.

Both Watson and Byers are charged with misdemeanor loitering or prowling and theft by taking. Watson has been released on bond while Byers remains in the Paulding County Jail.

Officials are asking anyone who may know about the incident or any other thefts of building materials in the area to please call the Paulding County Sheriff’s Office Criminal Investigations Tip Line at (770) 443-3047.