According to police, the two suspects were seen traveling more than 100 miles per hour in I-85. Officers later chased both people after abandoned the car and ran.

Police found both hiding behind a dumpster and took them into custody.

Investigators found three handguns and a large amount of cash during a search of the vehicle. 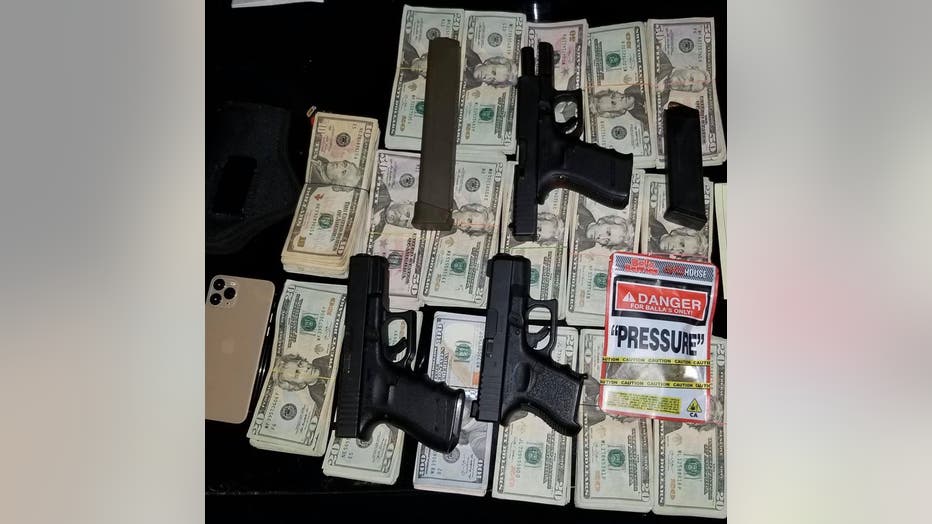 The suspects were charged with racing and reckless driving.