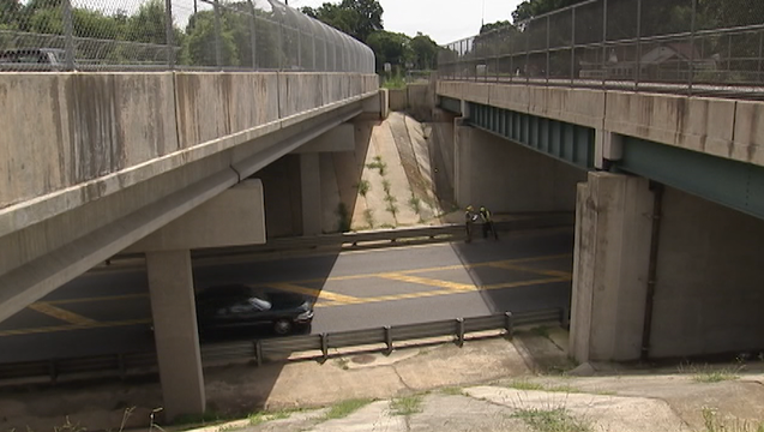 Both men made transportation a focus of their remarks to business leaders, lobbyists and lawmakers at the annual Eggs & Issues breakfast of the Georgia Chamber of Commerce. The event was held the day after the Legislature opened its 2017 session at the state Capitol in Atlanta.

Deal said that work to widen portions of Interstate 85 in Gwinnett County and I-16 in Savannah is slated to begin in the 2018 fiscal year that starts July 1. The projects will add lanes along 6-to-7-mile stretches of each interstate, which Deal said would significantly reduce traffic delays.

The road projects are part of a 10-year, $10 billion plan for transportation improvements Deal announced last year. Construction on thousands of resurfacing, repair and expansion projects is being funded by increases in gas taxes and fees lawmakers approved in 2015.

"As you know from the orange barrels and cones on our roadways, many improvements are already underway," Deal said.

Meanwhile, Ralston told the same group he will push legislation this year to create a new state commission to study whether Georgia should devote tax dollars to improving bus systems, commuter trains and rail systems used to move freight.

If approved by lawmakers, the Georgia Commission on Transit Governance and Funding would report back with detailed recommendations for the Legislature to implement, the Atlanta Journal-Constitution reported (http://on-ajc.com/2i9Ndgw ).

"For our state to continue to lead the nation in transportation and logistics, we must do more to mitigate road congestion and move freight efficiently," said Ralston, R-Blue Ridge. "We have a remarkable opportunity to use transit for most of these goals."

In his remarks, Deal gave no details of the agenda he is scheduled to lay out Wednesday in his State of the State address to the Legislature. He did say his proposed fiscal 2018 budget will recommend a 3.6 percent spending increase over the record $23.7 billion budget lawmakers passed last year.

Deal noted that reserves in the state's rainy day fund now stand at about $2.3 billion --- up from $116 million when the governor took office in 2011. That puts Deal two years ahead of his goal of rebuilding state reserves to $2 billion by the time his term ends at the beginning of 2019.

"I believe that we will have a reserve of at least $2.5 billion by the time I leave office," Deal said.