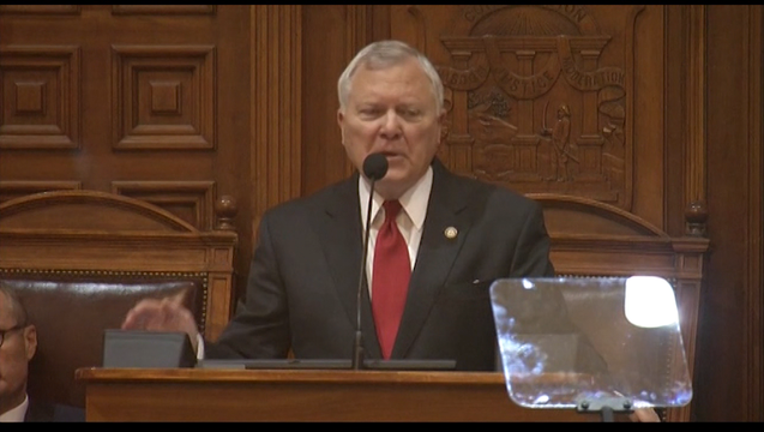 Deal highlighted a request for $2.7 million to create a training center in middle Georgia aimed at improving educators' ability to teach reading. He says the relatively small investment will pay off.

Deal also urged lawmakers to leave the state's so-called "rainy day fund" intact. That account is up to $2 billion. Deal says the state's economy is strong but warned that reserve funds can disappear quickly in emergencies.