ATLANTA - Days after agents recovered hundreds of pounds of methamphetamine from a home in Clayton County, the Drug Enforcement Administration announced a new effort to try to stop the flow of meth into the country.

According to the DEA, the vast majority of meth in the United States is brought in by Mexican drug cartels, which produce the synthetic drug in industrial scale operations in their country before smuggling it across the southern border. Once in the U.S., the powdered meth is cooked and processed to make crystal meth. 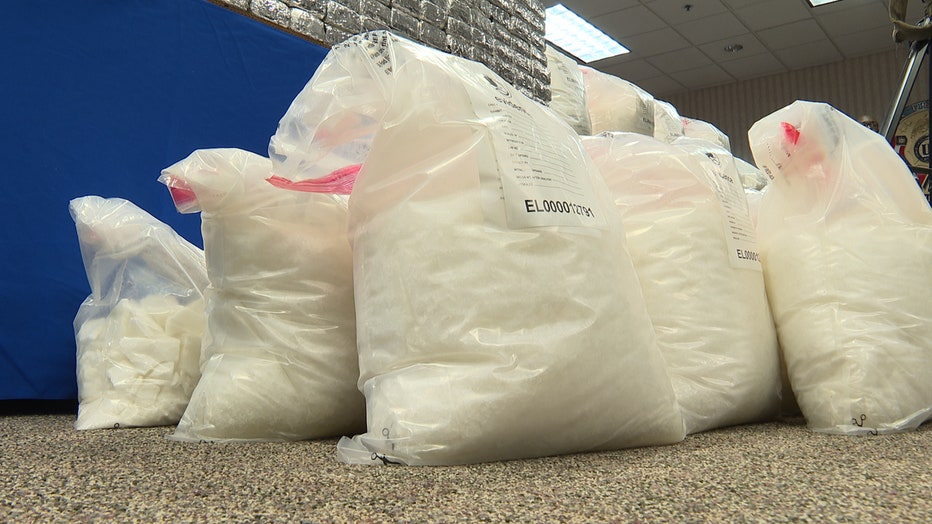 "The truth is the Mexican drug cartels are now distributing it all over the country," explained Acting Administrator Dhillon. "They want to addict Americans from sea to shining sea."

"By targeting these distribution centers, DEA intends to intercept methamphetamine before it can be trafficked into our neighborhoods and communites," said Dhillon.

Acting on a tip, the DEA raided a Forest Park home Saturday and found an active meth lab.  Agents seized 1300 pounds of crystal meth ready for distribution and even more raw materials.

"I've been in this business a long tim," said DEA Atlanta Special Agent in Charge Robert J. Murphy. "This is a huge seizure domestically in the entire United States that we do not see at one time in one location. This is a staggering amount of methamphetamine."