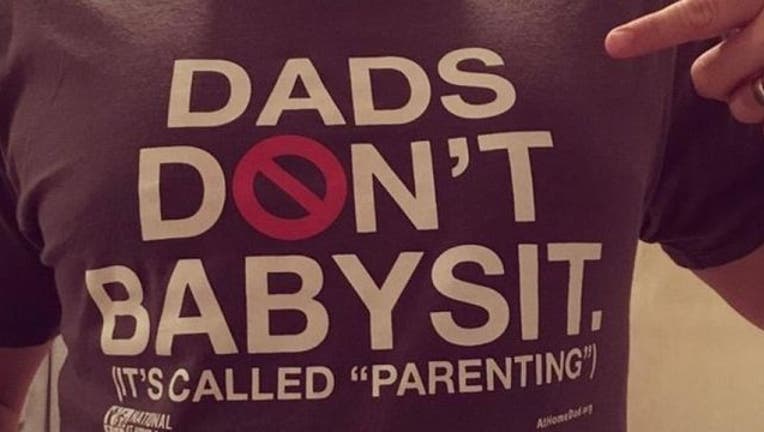 (FOX NEWS) - The message may seem so obvious as to not require stating, but a photo of a shirt that reads "Dads Don't Babysit (It's Called 'Parenting')" has sparked a larger conversation about parenting on Reddit and beyond.

The man behind the shirt, Al Ferguson of The Dad Network, posted the shirt-with-a-message a while ago, but it surfaced again on Reddit just this week and has more than 3,000 comments, many from fathers sharing their own stories about how tired they are of being called a "babysitter" while watching their kids.

One in six dads now stays at home with the kids, reports the BBC, yet dads still regularly hear comments such as, "Aww, it's so nice of you to babysit and give mom a break" or "I guess you got stuck with the kids today." The shirt itself is available on Teespring, and doesn't just come in men's sizes.