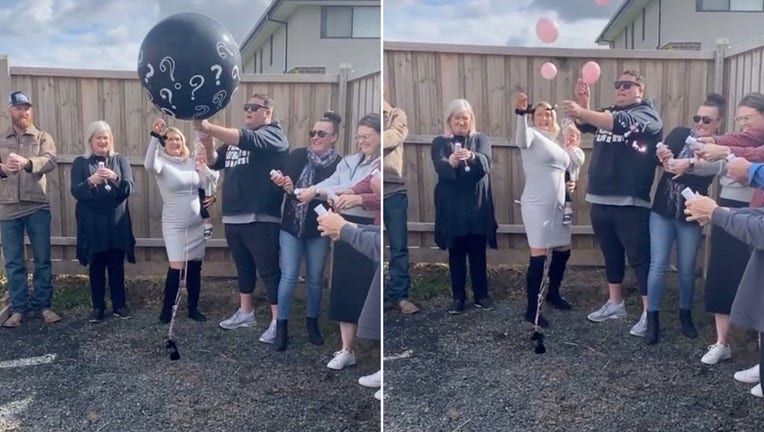 A viral moment captured on video shows a not-so-happy reaction from a father-to-be when he learns his new baby -- will be a girl!

According to the New York Post, the video posted to TikTok was shot over the spring. The video shows a gender reveal party in a backyard with a jubilant crowd gathered to join in for the countdown. On the count of three – the pregnant mom and soon-to-be dad – pop a large black balloon with question marks on it to reveal several smaller balloons that were inside.

Those smaller balloons – were pink – and they had dad seeing red!

While the crowd erupted in cheers, skilled lip-readers spotted dad dropping a few choice words before throwing down the balloon string in disgust.

It’s definitely not the best reaction to have – but it’s not the worst thing that could have happened at a r reveal! The Post reports plenty of other mishaps from an explosion so strong it caused earthquake concerns to one that launched lethal shrapnel into the air.

Our very own Shirin Rajaee is having a baby girl! She just made the big announcement live on-air!

In September of last year, officials say a gender reveal party in Southern California started a wildfire that led to the death of a firefighter.