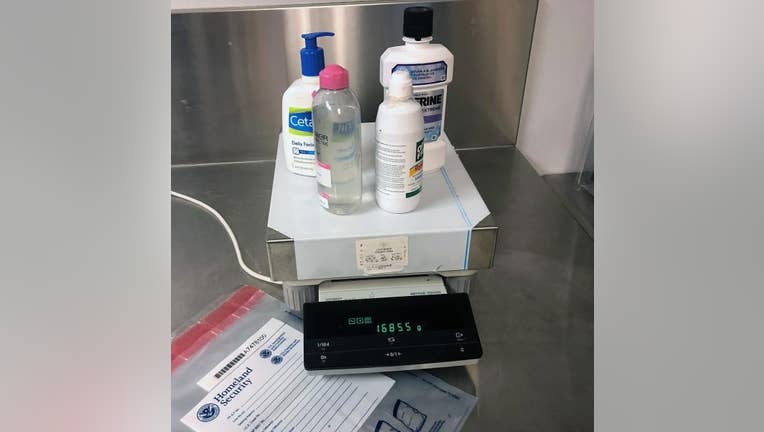 HAPEVILLE, Ga. - U.S. Customs and Border Protection officers say they seized more than a gallon of liquid ketamine from an international traveler heading through Atlanta's airport.

Officials say the discovery of the drugs happened Wednesday when officers referred a 29-year-old Columbian man arriving on a flight from Bogota to receive further inspection.

Inside the man's bags, authorities say they found a number of toiletry bottles with unidentifiable liquids inside. After testing, officials determined the bottles were holding ketamine hydrochloride.

The seized ketamine that was seized totaled just over 56 ounces. Officials say it had an estimated street value of $11,000.

"Our most valuable asset is the skilled CBP officers on the frontline," said, Priscilla Frink Atlanta Assistant Port Director. "CBP remains dedicated in stopping illegal drugs before they reach our communities."

Officers turned the unidentified suspect over to the Clayton County police to be prosecuted.

On an average day, U.S. Customs and Border Protection officers seize an average of 3,677 pounds of drugs.