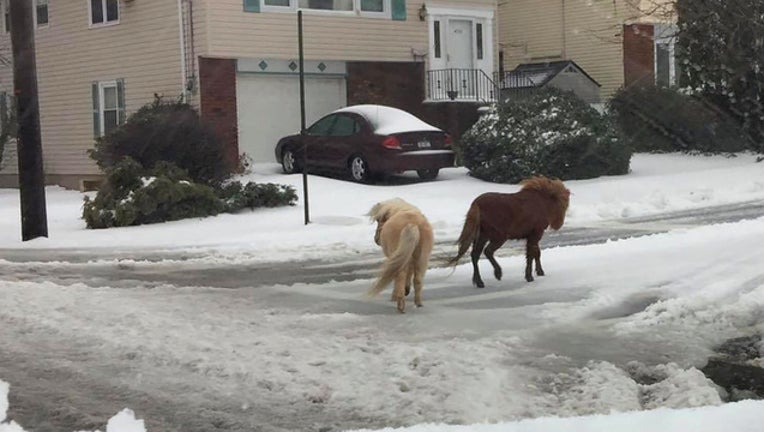 Two ponies broke free from their stables and were roaming the streets of Staten Island in the snow Tuesday when an off-duty police officer noticed them.

NYPD chief of patrol Terence Monahan says the officer had straps used in towing cars, and he wrangled the horses, tied them to a lamppost, and called for backup. A police radio car arrived and the ponies were transported safely back to the stables.

The New York Daily News reported that the ponies' barn door had apparently opened in the gusty wind.

Elsewhere in New York, two new homes under construction collapsed near the waterfront in Far Rockaway in New York City. Officials say no injuries were reported.

The storm has dropped almost 2 feet of snow in Pennsylvania's Pocono Mountains and the northern reaches of New Jersey, yet it didn't perform to forecast expectations in New York City, the rest of New Jersey and Philadelphia.

That's because the line between a rainy wintry mix and snow ended up farther west than anticipated.