A court official could be charged with contempt after recently suspending in-person court services due to COVID-19.

GWINNETT COUNTY, Ga. - A Gwinnett County court official could be charged with contempt after recently suspending in-person court services due to COVID-19.

A county judge just filed the petition against the solicitor-general and his staff saying they "obstructed the administration of justice".

The 23-page document states that Solicitor-General Brian Whiteside has no authority or power to declare there would be no in-person court proceedings.

Last Friday, Whiteside announced that his office was suspending in-person state court through mid-January, even though the Chief Judge told him he couldn't make that decision and the court needed his staff here for arraignments during this week.

"Court reporters were present," Attorney Walt Britt with Chandler, Britt & Jay, LLC explained. "Everybody was in place except the solicitor general's office."

Britt said Monday, January 3, was a wasted court day due to the solicitor's office.

Britt is representing the court and Judge Ronda Colvin-Leary who's named in this petition.

"On the 3rd, they took all these acts to call off court without any authority and without letting the court know. They canceled the Spanish interpreter. They sent two people up to post a notice on the door saying everything was canceled, and they didn't show up virtual. They could have showed up virtual," Britt detailed.

The petition alleges that Solicitor Whiteside and four members of his staff are in contempt of court because they 'jointly and severally’ violated an official code of the state - after temporarily closing his office last Friday. 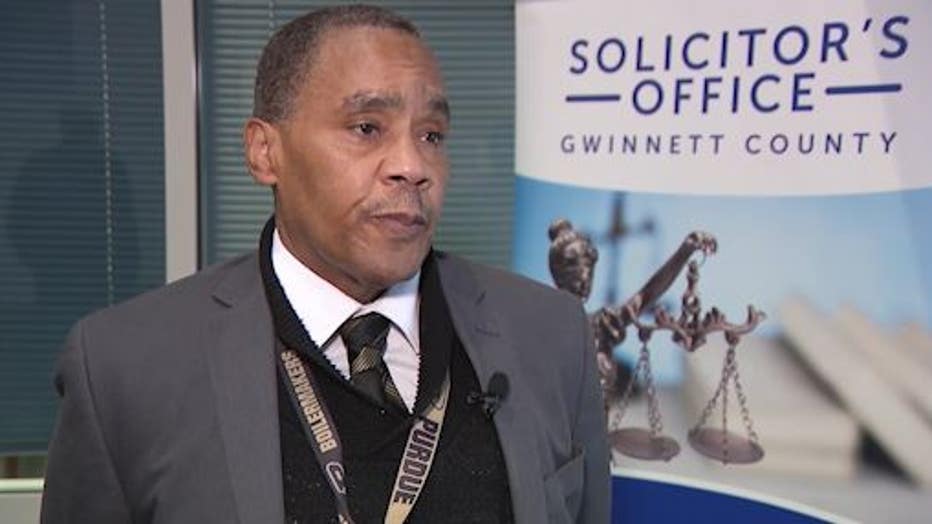 The paperwork claims Whiteside had no authority to shutter the Gwinnett State Court.

"Our intent was never to close the court," White told Reporter Brian Hill. "It was to hopefully do virtual. I put an email out on Thursday asking to be virtual."

But Brit disagrees saying "they didn't ask for virtual. They didn't show up. They just didn't do anything. They wanted a vacation."

Criminal contempt is a charge used to punish behavior that interrupts the proceedings or orders of a court.

"A judge is the only person who can determine if it will be a virtual hearing or whether or not it will be an in-person hearing," Britt explained.

Whiteside told us that he has "a duty to protect the public from infection and we had a high risk of infection in our office by people who had tested positive and some people who had come in contact."

Last week, Whiteside told the court that about 30 percent of his staff had COVID-19 or were in quarantine leading to a staffing shortage and the need to suspend in-person services.

"On Tuesday after all this started, they appeared in court so no they don't have 30 percent, which is the figure he uses, of people out with COVID-19. Number one, that doesn't comply with the COVID-19 policy,"

Whiteside said his office is working with Britt to figure out this situation and help the court.

The cases impacted by Monday’s confusion are being rescheduled.

If guilty of criminal contempt, Britt said Whiteside and his staff could face 20 days in jail and a $1,000 fine but he said if an agreement could be reached first, it won't get to that point.