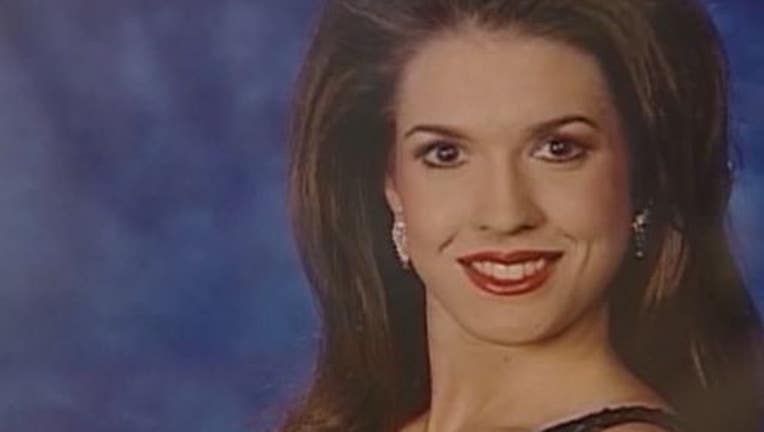 Tara Grinstead, former beauty queen and teacher, disappeared in 2005 and was confirmed dead upon the 2017 arrest of suspect Ryan Duke (FOX 5 Atlanta).

SAVANNAH, Ga. - Georgia’s highest court opened a door Monday for taxpayer funds to help cover the legal defense of a man awaiting trial for the 2005 slaying of a high school teacher whose disappearance remained a mystery for more than a decade.

The Georgia Supreme Court ruled 8-1 that private attorneys for Ryan Duke may seek to contract with a state agency to receive funding for expert witnesses. However, the court did not rule on whether Duke has a constitutional right to receive taxpayer assistance.

Duke had been scheduled to stand trial in April 2019 for the murder of teacher and beauty queen Tara Grinstead in Irwin County. An ongoing dispute over whether the state must pay for portions of Duke’s defense, slowed by the coronavirus pandemic, has delayed the case for nearly two years.

Duke’s attorneys say he has no money to pay for expert witnesses in DNA, false confessions and psychology. They argue he won’t get a fair trial without them.

Tift Judicial Circuit Superior Court Judge Bill Reinhard twice denied Duke’s request for money to pay for those experts, ruling Duke gave up any claim to state funding when he declined legal representation from public defenders in favor of private attorneys who took his case for free.

The state Supreme Court’s decision Monday found that state law allows private attorneys to contract with the Georgia Public Defender Council to receive taxpayer funded assistance. It sent the case back for Duke’s attorneys to seek a contract, but stopped short of ordering the council to enter one.

Justice Nels S.D. Peterson, who agreed with the majority, wrote his own concurring opinion to warn that the Georgia Public Defender Council "would be most unwise to decline to contract with Duke’s counsel" because "Duke may very well have a constitutional right to state-funded experts."

Ashleigh Merchant, one of Duke’s attorneys, said the next step will be reaching out to the council to start working on an arrangement for funding.

"It’s amazing news for Ryan," Merchant said. "We definitely take it as a good sign. It’s what we wanted."

In a dissenting opinion, Bethel wrote that a contract between Duke’s lawyers and public defenders "seems worthy of exploration, but I do not believe it to be constitutionally required, either on the part of his counsel or the relevant State agencies."

Grinstead was 30 in October 2005 when she disappeared from her home in rural Ocilla, about 185 miles (about 300 kilometers) south of Atlanta. A billboard with her photo and a tip line number loomed for years in the area, and hope remained that she would be found alive.

Her death was confirmed when Duke and another man were arrested in February 2017.

A Georgia Bureau of Investigation agent testified at a pretrial hearing that Duke confessed to killing Grinstead after breaking into her home to steal money for drugs. GBI agents have also said DNA matching both Duke and Grinstead was found on a latex glove discovered in her yard.

Duke’s former best friend and co-defendant, Bo Dukes, was convicted in 2019 of helping conceal Grinstead’s death and was sentenced to serve 25 years in prison. He told authorities he helped Duke burn her body in a rural pecan orchard.