Conyers police are searching for a teen who they say is charged in home invasion and aggravated assault. The suspect was said to have been released from Grady Memorial Hospital without authorities being acknowledged.

CONYERS, Ga. - Montreil Harris has been on the run since he walked out of Grady Memorial Hospital about a week ago, Conyers police said.

The 19-year-old is no stranger to police and officers are turning to the public to track him down. Harris is wanted in connection with a home invasion in the Forest Villas subdivision off of Irwin Bridge Road on May 22 that left him hospitalized.

"Harris approached the home of his ex-girlfriend who had another male acquaintance who was home at the time, who was present," explained Sgt. Buck Vaughn, Conyers Police Department. 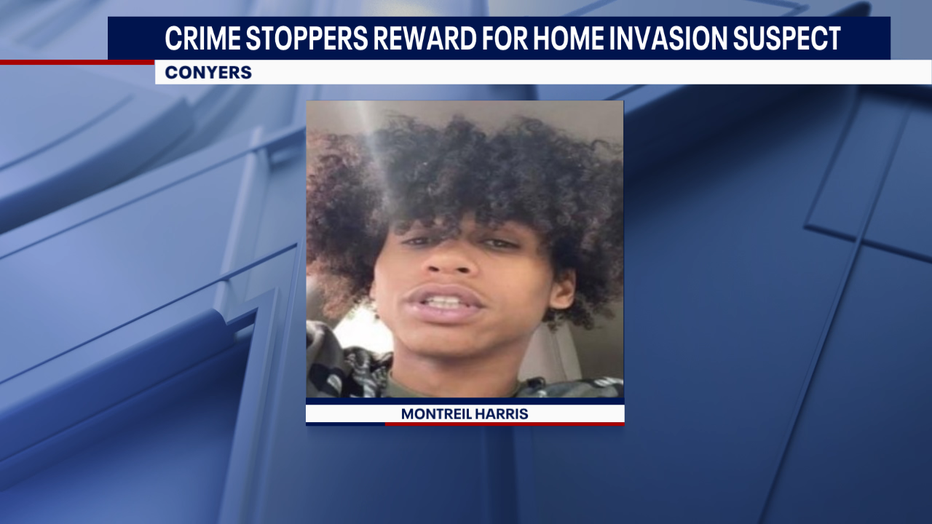 Sgt. Vaughn said Harris' ex-girlfriend wouldn't open the door so he kicked it in.

"He was armed with a handgun at the time and when he attempted to make entry into the home, the man who was inside that home, fired several rounds from a firearm he possessed, striking Mr. Harris multiple times," the sergeant said.

Medics transported Harris to the hospital. In the days that followed investigators determined the shooter acted in self-defense and charged Harris with aggravated assault and home invasion. "He spent a couple of weeks receiving medical care and then was released," said Vaughn. "Unfortunately we weren't notified prior to that. He is now at large." 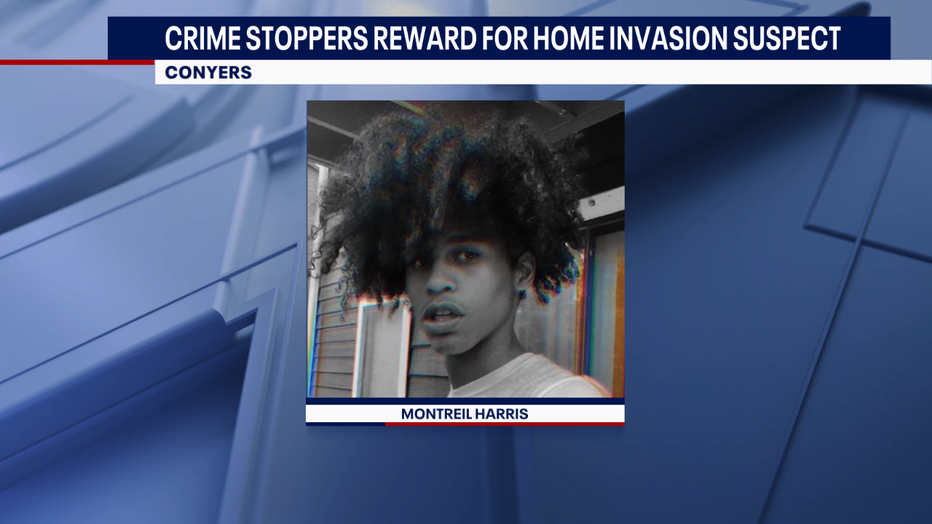 Police believe Harris is still in the metro Atlanta area. This is a Crime Stoppers case. Sgt. Vaughn reminds the public that anyone with information leading to an arrest is eligible for a reward and the tipster can remain anonymous.  "The fear of retribution is limited because of that anonymity so we are asking anyone with information regarding the whereabouts of Mr. Harris, to call Crime Stoppers and make them aware of that."