ATLANTA - A judge has agreed to reduce the prison sentence for a former city of Atlanta contractor by a year after prosecutors said he “substantially assisted” them in a federal investigation into a pay-to-play scheme for city contracts.

A judge has agreed to reduce the prison sentence for a former city of Atlanta contractor by a year.

U.S. District Judge Steve Jones signed an order Tuesday reducing Elvin R. Mitchell Jr.’s prison term from five years to four. In January 2017, Mitchell was the first in a string of people to be charged in the federal investigation into corruption at City Hall during the administration of former Mayor Kasim Reed, who was term-limited when he left office in January 2018.

Eight people have been charged in the ongoing investigation, and six have pleaded guilty and been sentenced to prison.

Prosecutors said Mitchell paid more than $1 million in exchange for city construction contracts. He also laundered money received from the city by attempting to conceal its source and trying to evade federal currency transaction reporting requirements, they said.

Mitchell, 66, pleaded guilty to conspiratorial bribery and money laundering just over a week after he was charged. He was sentenced in October 2017 to serve five years in prison, followed by three years of supervised release. He was also ordered to pay about $1.12 million in restitution. 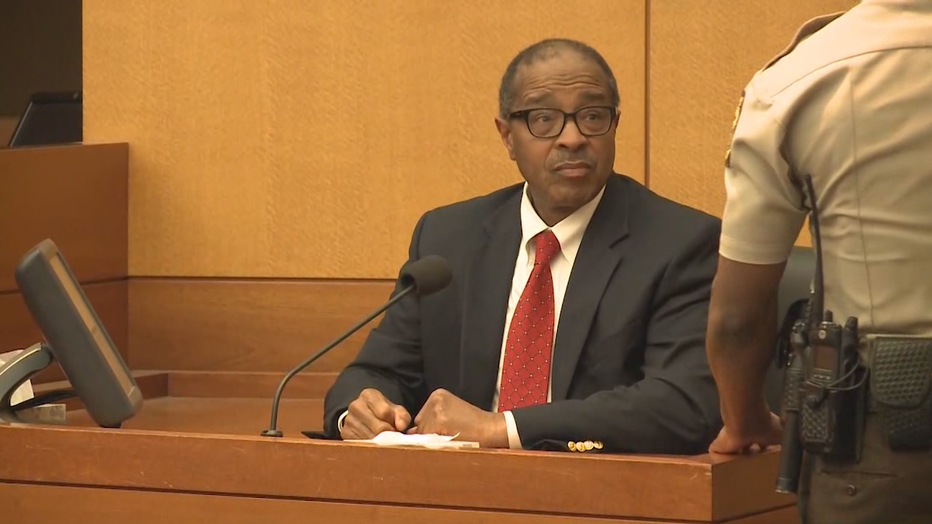 Elvin R. Mitchell Jr. had previously been sentenced to five years in prison in a federal investigation into corruption at Atlanta City Hall.

Jones' order Tuesday says the other conditions of Mitchell's sentence are to remain the same.

Shortly after he was approached by FBI agents, Mitchell agreed to cooperate, making undercover recordings and providing information to agents on multiple occasions, prosecutors said in a sentence reduction request filed with the court on Jan. 15. His cooperation led to the prosecutions of Richards, Bickers and Shandarrick Barnes, prosecutors said.

Barnes, who worked for Bickers, had thrown a concrete block with the message “ER, keep your mouth shut!” through a window of Mitchell’s home in September 2015. Barnes told investigators he knew Mitchell was cooperating with the investigation and that agents had asked about Mitchell’s taxes and payments Mitchell had made to businesses associated with Bickers.

The requested 20% reduction in sentence “is commensurate with Mitchell’s cooperation and his willingness to please guilty early,” prosecutors wrote, adding in a footnote that the reduction “sufficiently rewards him for his past and any future cooperation -- including additional meetings and testifying.”

Richards, 67, was accused of paying $193,000 in bribes and was charged just weeks after Mitchell in February 2017. He also quickly pleaded guilty to conspiratorial bribery and cooperated with prosecutors. He was sentenced the same day as Mitchell to serve two years and three months in prison and to pay $193,000 in restitution.

Last February, Jones signed off on prosecutors’ request for a sentence reduction of seven months, or 25%, for Richards. Prosecutors said Richards spoke multiple times with investigators and provided business and financial records. Much of the information he provided directly linked Mitchell and Bickers to the bribery scheme, prosecutors said.

Richards was released from federal Bureau of Prisons custody on May 10, according to the agency’s website.

Barnes pleaded guilty and was sentenced to prison. Also pleading guilty and getting prison time as a result of the investigation were: former city chief procurement officer Adam Smith; Reed’s deputy chief of staff, Katrina Taylor-Parks; and former director of the city’s Office of Contract Compliance, Larry Scott.

Bickers, who served as the city director of human services and as a political consultant, has pleaded not guilty to charges including bribery, wire fraud, money laundering and filing false tax returns.