COBB COUNTY, Ga - A Cobb County neighborhood decided to throw a party for dozens of police officers. The neighborhood near Powers Ferry Road was the scene of a deadly officer-involved shooting earlier this summer.

"They risk their lives on a daily basis," said Casey Morrison.

Casey Morrison and her neighbors wanted to show their appreciation for the men and women in blue. The officers risked their lives chasing after an armed man who was trying to hide out in their condominium complex. 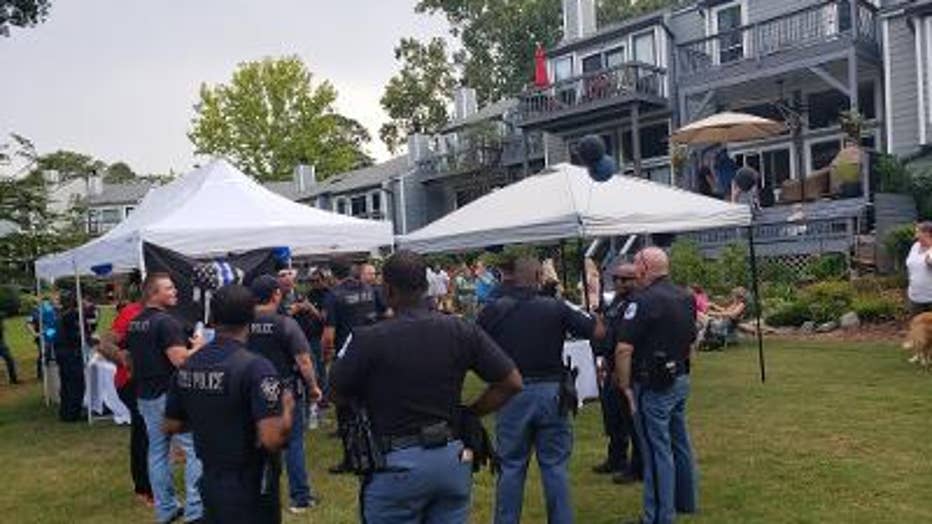 On June 25, Cobb County police tried to pull over a man who was driving a stolen Tesla. Investigators said the driver opened fire on officers.

The driver, identified as Martin Fregoso, took off. Officers followed.

"The Tesla came flying by, three or four cars behind it, hit a median, he went flying," said Ray Stringer who lives near Powers Ferry Road.

"The suspect shot one of our officers. Officers returned fire and shot him. The suspect is deceased," said Chief Cox.

The officer who was shot fully recovered and is back at work. He even made it to the party.

"I'm thankful for all they do," said Morrison.

Officers said they were just doing their job that night, but admit the show of appreciation feels good.

"It's reaffirming that we're doing a good job and people appreciate the work we do on a day in, day out basis," said Sgt. Delk.