A Cobb County man working security inside the US embassy in Afghanistan recounts the fall to the Taliban.

COBB COUNTY, Ga - A Cobb County family is filled with relief. Dan Shayder, who worked security for the U.S. Embassy in Kabul, made it safely out of Afghanistan.

"I was constantly checking the news to see if I could get any update to see where he might be," said his wife, Chris Shayder.

Chris Shayder watched the news as the Taliban moved into Kabul. She nervously waited for word from her husband, Dan, who was working for Garda World Federal Services. His job was to provide security for the U.S. Embassy in Afghanistan.

"It was terrifying, the last communication I had from him was he was leaving the embassy and heading to the airport," said Chris Shayder.

Dan Shayder said they had been receiving daily updates from the State Department and plans were in place to get the 1300 U.S. Embassy employees to safety.

"They didn't know if it was going to turn into what it did or if the Taliban would stay on the outskirts of Kabul, and it went sideways," said Shayder.

Shayder said the evacuation of the State Department employees went smoothly, they boarded flights and made it to Qatar.

Then, turmoil broke out.

"I felt bad for the people who were so desperate to get out. I know the State Department and the U.S. Government are trying to provide opportunities to get them out," said Shayder. 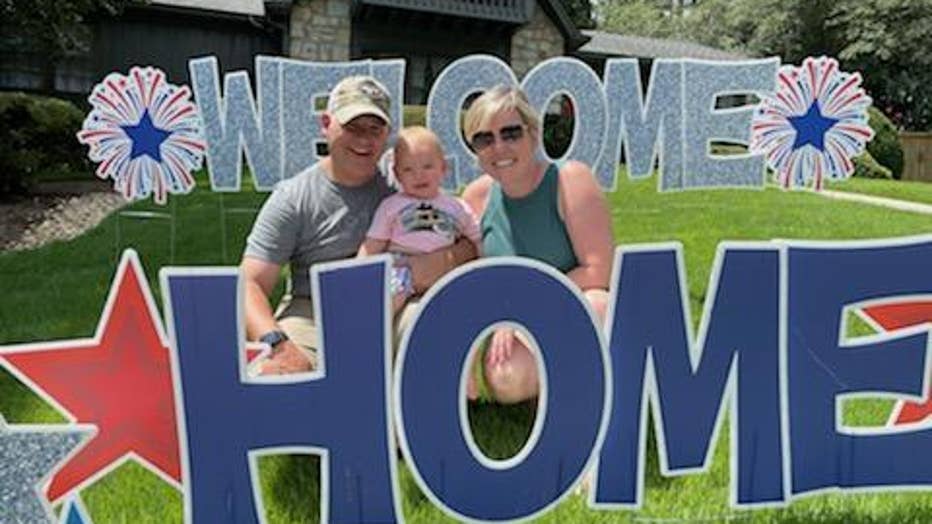 Shayder is now back in Georgia with his wife and their little boy, Benjamin.  They focus on how fortunate they are, but they can'thelp but think about those trapped in Kabul.

"They continue to get people out and it's not going to be an overnight process so we keep praying everyone who wants to get out, can," said Chris Shayder.

Dan Shayder was a security contractor since 2014.  He said he's not going back. He plans to stay in Georgia and go back into law enforcement, which is what he did before going overseas.