GWINNETT COUNTY, Ga. - It was a daring move that could have gone bad but instead led to the arrests of a gun-toting crook and his accomplices.

Gwinnett County Police released video of a clerk at a Shell gas station on Satellite Boulevard in unincorporated Duluth snatching away a pistol from a masked man who tried to rob him by placing the gun under a bullet resistant barriers.

It started when a masked gunman entered the Shell gas station and tried to rob the clerk by sticking his gun under the acrylic bullet-resistant glass barrier on the night of October 21st. But the stick up struck out when the clerk, Mir Ali, struggled with the robber then snatched the pistol, which police say was loaded, from the robber’s hand. Ali said he wasn’t thinking about the possibility of the gun going off.

“Maybe, yeah but I didn’t, thought about that, it was my first thing that happened to me and I was just panicked,” said Ali.

Hei said he's glad it went well for him, not so much for the crook he disarmed. Ali told FOX 5 News the gunman tried to intimidate him into returning the gun to him by threatening to return to kill him. The back and forth goes on even ads a customer comes through. Ali told said the masked man kind of begged as well.

“Yeah he asked give me the gun back and I’ll leave. But I don’t want to give him gun back because he might shoot me back or something. So, I just tried to keep my control of the gun and I just called the 911,” said Ali.

Nearly two minutes after he walked in, the gunless robber runs away as an officer is responding to Ali’s 911. Police arrested the man identified as Jalen Bridgewaters and another man. Police say Bridgewaters, and Emmanuel Craig and Nicholas Abreu, later arrested, were part of a crew responsible for a half dozen robberies, in Gwinnett County.

The police don’t encourage people to confront gunmen like Ali did, who was non-judgmental about the man he took a gun away from.

Gwinnett County Police told FOX5 News the three men arrested, all in their late teens, are being held at the Gwinnett County Detention Center on various charges connected to the series of robberies. 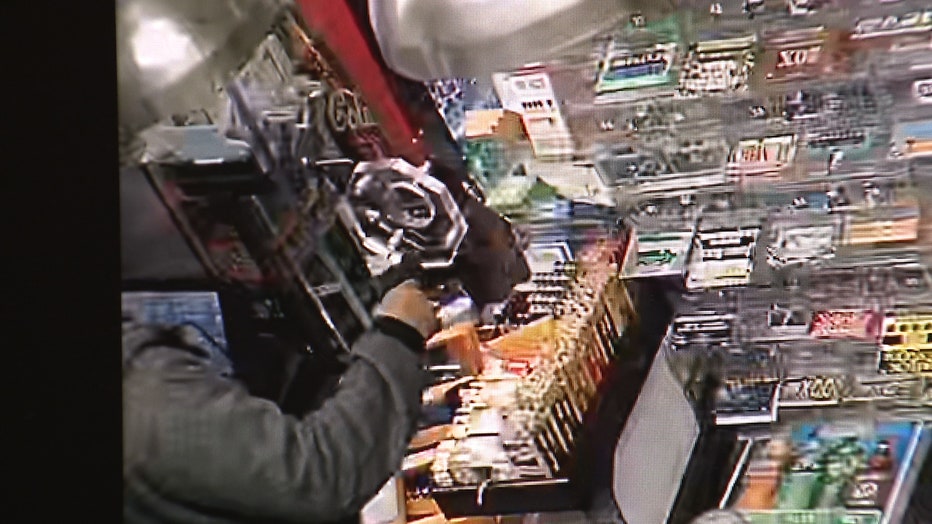