Civil Rights icon Rev. C.T. Vivian was honored at the Georgia State Capitol ahead of his funeral on Thursday.

ATLANTA - On the eve of his funeral, a horse-drawn carriage took the Rev. C.T. Vivian’s casket from the Georgia Capitol to the front of the organization he led to Martin Luther King Jr.’s tomb in Atlanta on Wednesday.

A viewing and ceremony were held in the rotunda of the Georgia Capitol before the carriage rolled down Piedmont Avenue and Auburn Avenue to The King Center later in the day.

Vivian died Friday morning of natural causes at his home in Atlanta. He was 95.

Speaking during the ceremony at the Georgia Capitol, Gov. Brian Kemp said that the civil rights leader "stood on the front lines of the fight for equality. 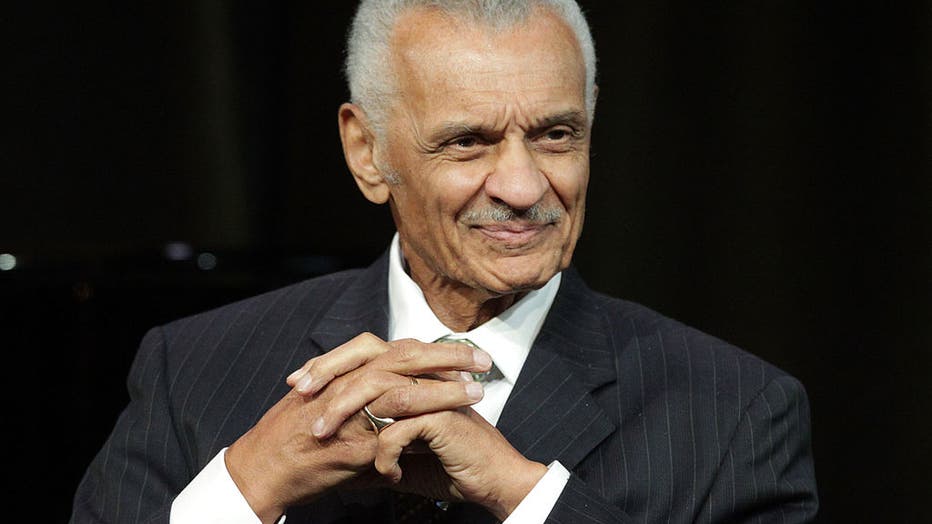 "During one of the most turbulent times in our nation’s history, C.T. Vivian was steadfast and calm, grounded in the knowledge that he fought for something much bigger than the obstacle in front of him," Kemp said.

The governor highlighted that Vivian was both a "bold leader" while remaining a "really kind man."

Vivian's civil rights work stretched back more than six decades, to his first sit-in demonstrations in the 1940s in Peoria, Ill. He met King soon after the budding civil rights leader’s victory in the 1955 Montgomery Bus Boycott. Vivian became an active member of what would become the SCLC.

Notable Atlantans are remembering the life of Rev. C.T. Vivian.

Vivian was honored by former President Barack Obama with the Presidential Medal of Freedom in 2013.

Vivian “was always one of the first in the action — a Freedom Rider, a marcher in Selma, beaten, jailed, almost killed, absorbing blows in hopes that fewer of us would have to,” Obama said in a statement shortly after his death.

The family will have a private funeral Thursday at Providence Missionary Baptist Church in Atlanta.