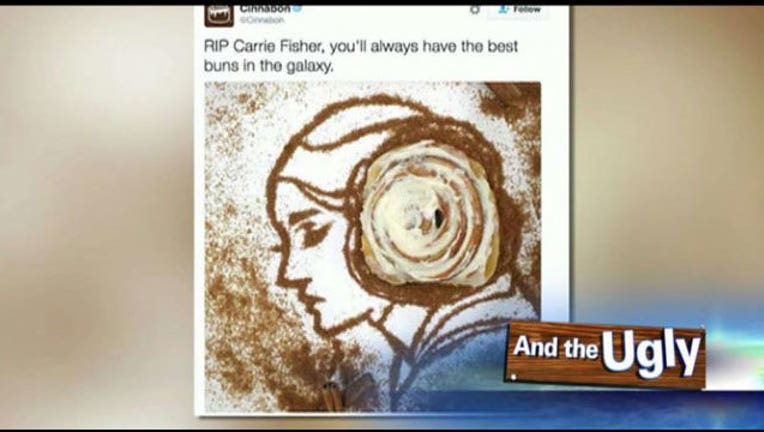 Cinnabon faced a social media backlash Tuesday for its tweet commemorating actress Carrie Fisher, who passed away at age 60 following a heart attack.

In place of Princess Leia's iconic hair "buns," the company creatively inserted one of its frosted cinnamon buns, writing "RIP Carrie Fisher, you always have the best buns in the galaxy."

The reaction was swift and fierce as the Twitter-verse accused the eatery of tastelessly looking to capitalize on Fisher's untimely death. Cinnabon deleted it and tweeted an apology.

Many others, however, have pushed back against the outrage, arguing that Fisher - known for her sense of humor - wouldn't have had any issue with the picture.