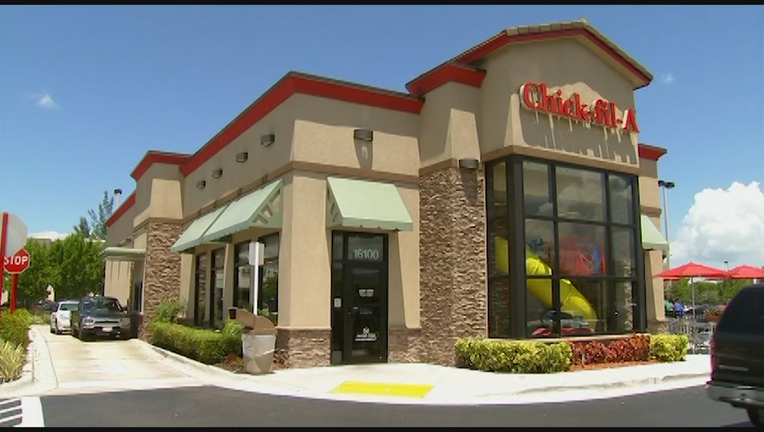 Americans are apparently happy to “eat mor chikin,” as Chick-fil-A was ranked first for customer satisfaction across limited-service restaurants for the sixth year in a row by the American Customer Satisfaction Index (ACSI).

The chicken-centric chain scored 84 out of 100 to take the top spot as the nation's favorite limited-service restaurant on the annual ASCI Restaurant Report, released Tuesday. The results were drawn from a poll of more than 23,000 customers, who were randomly chosen between April 2019 and March 2020, according to the report. Participants were asked to rank their favorite national chains on a scale from 1 to 100, with 100 representing the highest score for satisfaction.

"Chick-fil-A has undoubtedly encouraged customers to 'eat mor chikin' as it's topped the ACSI satisfaction charts for the past six years. Their service quality and speed is well known, and employees go above and beyond to make customers happy,” David VanAmburg, managing director for the ACSI, told FOX Business.

“But just because Chick-fil-A remains in first place doesn't mean it's without trouble,” VanAmburg added. “This year our data indicated a 2 percent decrease in satisfaction with the chain, and we expect COVID will present additional challenges."

The most recent rating marked Chick-fil-A’s lowest in recent years, as the chain scored a high of 87 points in customer satisfaction on the ACSI Restaurant Report from 2016 to 2018 – though Chick-fil-A continues to dominate the market.

“Although its ACSI score is lower compared with prior years, Chick-fil-A continues to be a pacesetter across much of the customer experience,” the report said.

According to the ACSI, Chick-fil-A sales were more than 50 percent higher than McDonald’s per-unit sales, per location, in 2019.

In a larger sense, the ACSI said, the coronavirus health crisis “hit the fast-forward button” on the rise of certain trends in the restaurant industry, such as the increased popularity of delivery and takeout options.

“With a business model honed over years to allow quick, more frictionless customer experiences through drive-thru lanes and delivery, the fast food segment is positioned to fare better than sit-down restaurants in a COVID-19 impacted market,” the ACSI said.

In its customer satisfaction ranking for full-service restaurants, ACSI named LongHorn Steakhouse as No. 1 with a score of 81, followed by Texas Roadhouse, Cracker Barrel, Olive Garden, Red Lobster and Outback Steakhouse.