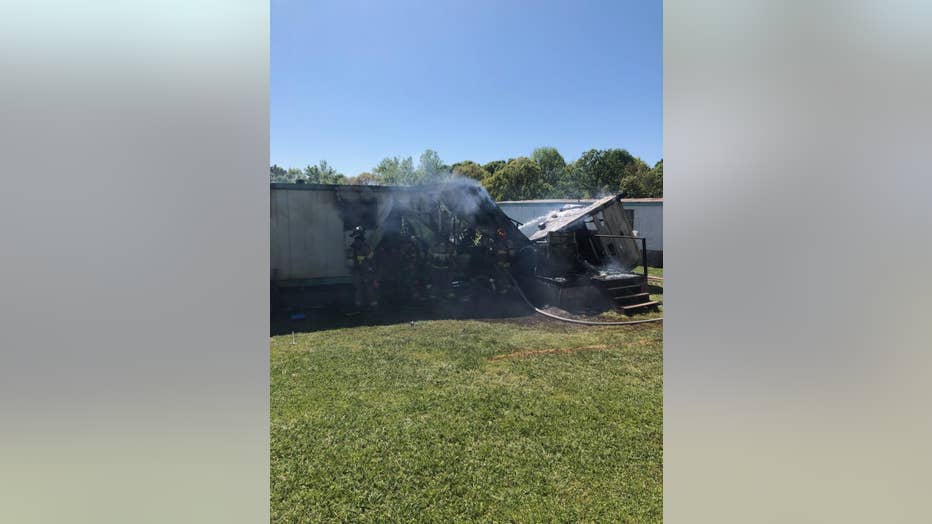 The mobile home appears to be a complete loss.

The cause of the fire is under investigation by the Hall County Fire Marshal’s Office. 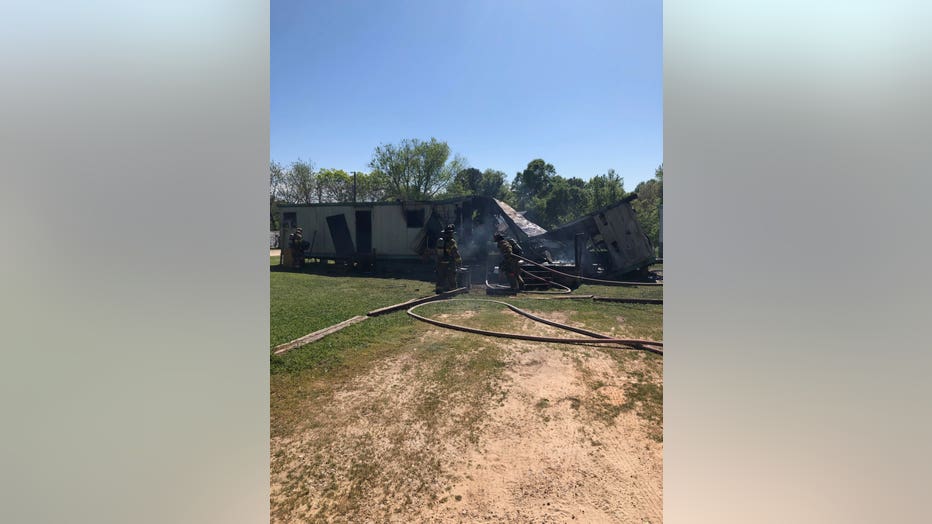