Christmas miracles do come true – or at least they do for one very happy pet parent.

Molly McFadden lost her beloved cat Milo on Oct. 3, at Dulles International Airport. The tabby’s travel carrier had been broken during a Lufthansa flight from Germany to Washington D.C., as the traveler first reported on a Facebook page called Milo is Missing.

The three-year-old cat went missing “while being transported from the tarmac to international arrivals baggage claim,” McFadden wrote in a desperate Facebook plea five days after the cat was still unable to be located. Despite searching the area, including using tracking dogs and cat traps, Milo was still not found.

“I hope that by spreading awareness about Milo and what happened to him, someone may see him and help me reunite with him. Please feel free to share, especially with anyone living near Dulles. Thank you,” she wrote.

Airport employees and USDA Wildlife Services conducted daily searches, but nothing came of it for over a month. Then on Nov. 8, McFadden received a call from the USDA that her cat, which she had gotten while being stationed in Germany, was spotted on the airport property. However, her hope was quickly dashed as no one was able to catch the crafty cat before he ran back into the woods.

McFadden continued to hold out hope, which finally — and miraculously — paid off nearly two months to the day of his disappearance. 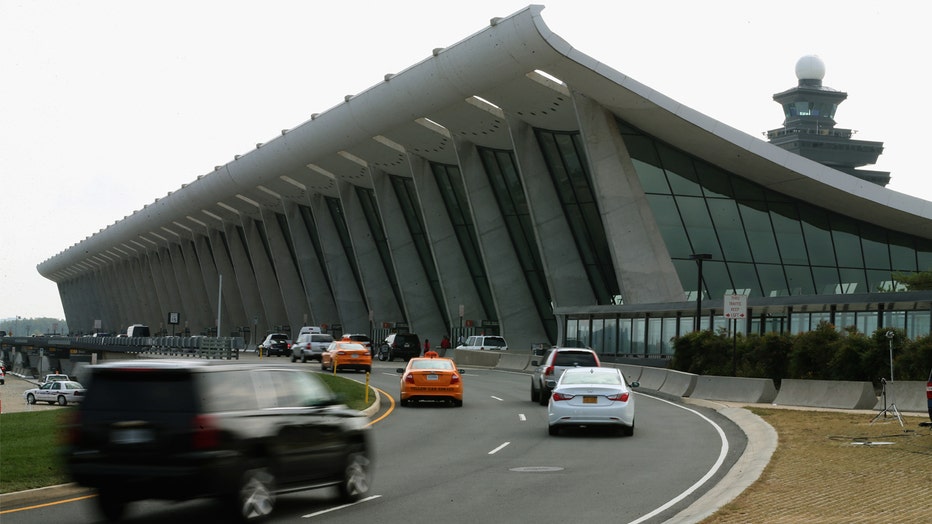 “I have been waiting so long to make this post and couldn’t be more excited about it – guess who’s home for the holidays!!!” an excited McFadden wrote in a Facebook post on Dec. 6, along with photos of her cuddling Milo.

“I am so thankful to the Dulles Airport USDA and all the team that helped look for him. A special thanks also to Sam Connelly from Pure Gold Pet Trackers and Bonnie Westbrook (aka Team Milo) for helping me stay hopeful and for putting so much work into tracking him down. And thanks to everyone who followed for their support and well wishes. The little guy is so lucky to be loved by so many people,” she continued.

The post was liked nearly 7K times since it was shared last week, with many celebrating the “amazing news.”

Though McFadden admitted to the Washington Post in an interview that she would get frustrated and angry by the experience, she learned that “persistence” and “building a support network right away” is key when searching for a lost pet – especially when it’s “at an airport or other facility with restricted access.”

As for Milo, he seems to be happy to be home in time for Christmas.