Her parents said they're heartbroken, but they feel blessed with the miracle of their new granddaughter.

CANTON, Ga. - Brianna Lee's parents are still trying to come to terms with losing their daughter unexpectedly. They say they are strong in faith and while they wish they had more time with her, they know God had bigger plans.

While holding their granddaughter in their arms, Pam and Richard White told FOX 5 losing their daughter has ripped their hearts open, but with that loss comes the blessing of their grandchild.

"She looks just like her, just like her. To me, I'm calling her Briebo, because that's what I called Brianna,"  Richard White, Brianna's father, said. "But this is Amelia Ray, but to me, she's Little Brie."

Brianna, 25, passed away suddenly from a brain aneurysm eight days after giving birth to her daughter, Amelia.

The mother of two and her husband, Canton police officer Jesse Lee, were high school sweethearts. They married right out of high school. Jesse joined the marines and the couple eventually made their way home.

"She loved like Christ loved, losing her hurts so bad," her parents said.

It's the very community this couple grew up in, loved, and served that has now come back to love on them. 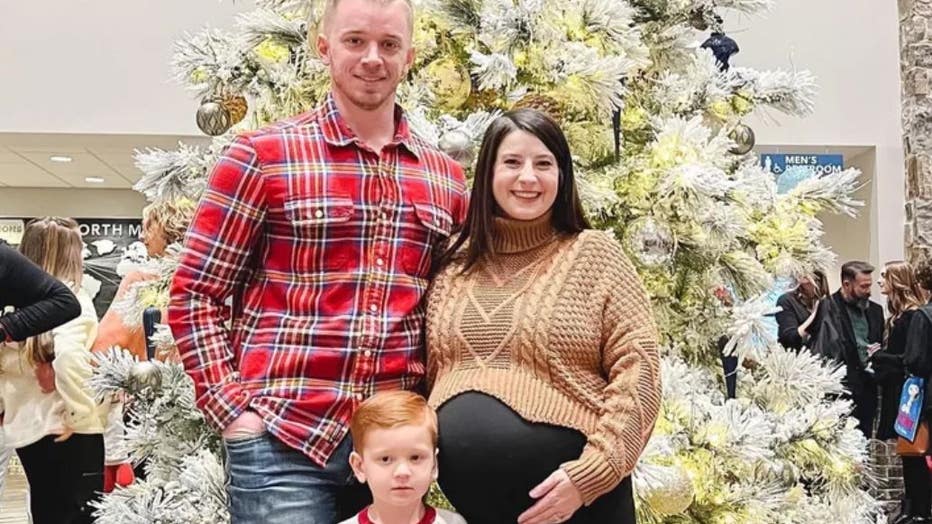 Just 25-years-old, Brianna Lee passed away suddenly from a brain aneurysm a little more than a week after giving birth to her daughter (GoFundMe).

Since Brianna's passing, the Canton community, including the police department, has wrapped their arms around the family. Officer Lee's partner. Officer Domenick Marotta set up a GoFundMe for the family. Within hours, it surpassed its initial goal of $5,000, raising more than $65,000. All money raised will go toward raising her two children.

"The anger we had, the sadness is still there but the anger we had that our baby girl is gone…people bringing…literally God putting pieces of my heart back together."