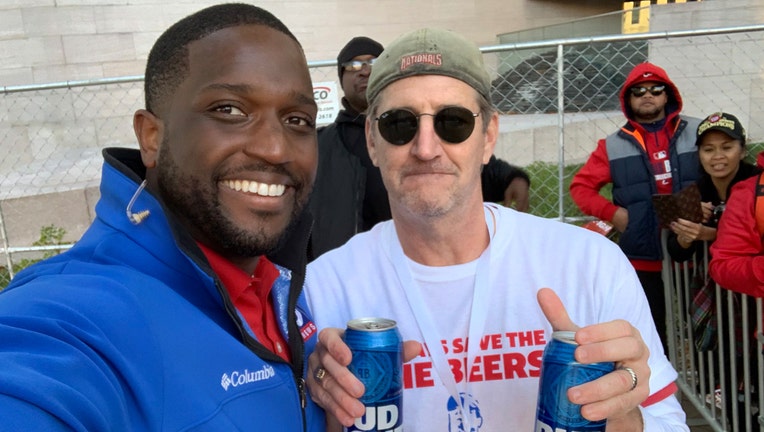 Adams made headlines during Game 5 of the World Series, when he let a home run ball bounce off his chest so he could preserve the two beers he was drinking.

And now he's celebrating the Nats' historic championship run by doing what he does best: double-festing Bud Light.