BROOKHAVEN, Ga. - The Brookhaven Police Department responded to an unusual and entertaining call over the weekend.

Late Sunday afternoon, Brookhaven police were called to Osborne Road after receiving word that there was a pig inside someone's garage. 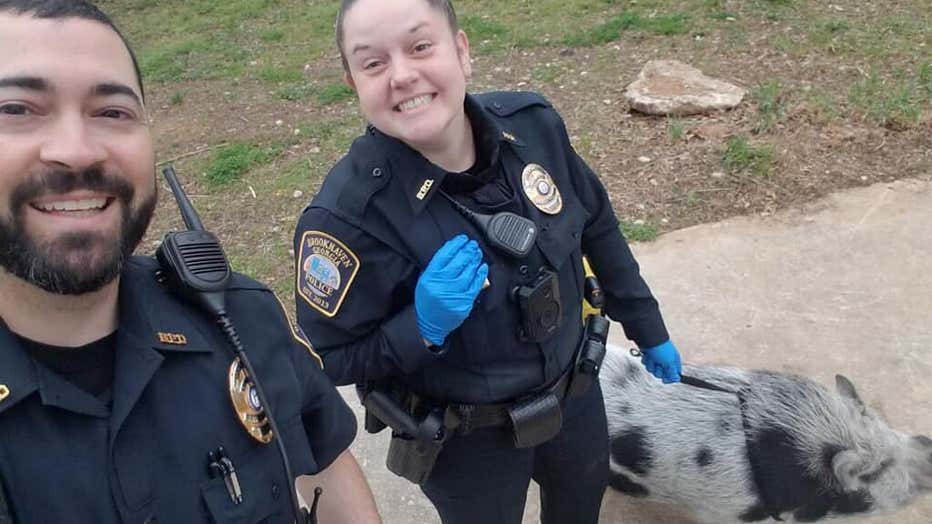 "Showing an obvious lack of respect for both personal space and social distancing," police joked on Facebook, sharing several photos of the "perpetrator."

Officers found the pig wandering down the road. According to police, the suspect's name is "Bacon."

Officers were able to reunite Bacon with his owners, thanks to the Next Door app.

"Remember folks, BPD is here when and however you need us," the police department said.