BPA is an endocrine-disrupting chemical that has been used in the production of certain plastics and resins since the 1960s and can be found in many consumer products today. New research suggests that BPA levels in humans may be much higher than previously assumed.

PULLMAN, Wash. - Bisphenol A, otherwise known as BPA, is present in the human body in significantly higher quantities than previously believed, according to a new study.

Researchers developed a new method of measuring bisphenol-A (BPA) levels in humans that is more accurate than the current standard and found that BPA exposure in humans is as much as 44 times higher than previously assumed.

The study was supported by grants from the National Institutes of Health, and the findings were published in the journal The Lancet Diabetes & Endocrinology Thursday.

Bisphenol A (BPA) is an endocrine-disrupting chemical that has been used in the production of certain plastics and resins since the 1960s. Today, it is found in many consumer products, including plastic packaging, epoxy resins and thermal receipts, and this results in daily human exposure.

Health officials are still researching exactly how BPA exposure affects the human body, but some research has linked BPA exposure to potential adverse effects on the brain and prostate gland of fetuses, infants and children, as well as to changes in children’s behavior, according to the Mayo Clinic. Additionally, some research suggests a link between BPA and increased blood pressure.

Regulatory agencies, such as the U.S. Food and Drug Administration, have been using a standard method to measure BPA exposure in humans that the study determined to be flawed, and the implications of this could be serious, according to the authors of the research.

“This study raises serious concerns about whether we’ve been careful enough about the safety of this chemical,” said Patricia Hunt, Washington State University professor and corresponding author on the paper. “What it comes down to is that the conclusions federal agencies have come to about how to regulate BPA may have been based on inaccurate measurements.”

Despite uncertainty about the long-term effects of BPA exposure, the FDA has said that BPA is safe at the low levels that occur in some foods.

“Based on FDA’s ongoing safety review of scientific evidence, the available information continues to support the safety of BPA for the currently approved uses in food containers and packaging,” the agency said. 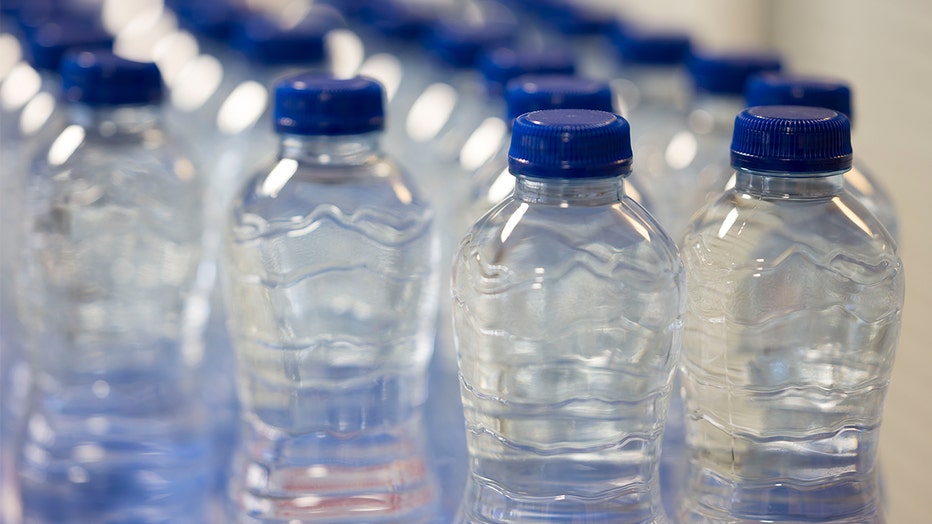 BPA, a chemical found in many consumer products, including plastic water bottles, is likely present in the human body at much greater levels than previously believed, according to a new study. (Matthew Horwood/Getty Images)

Roy Gerona, an assistant professor at University of California, San Francisco, and the first author on the study, developed a direct method of measuring BPA that more accurately accounts for BPA metabolites than the standard method used by the FDA. BPA metabolites are the compounds that are created as BPA is broken down and eliminated as it passes through the human body.

Up until Gerona developed his new direct measurement method, BPA metabolites had to be measured through an indirect process that uses an enzyme solution made from a snail to turn the metabolites back into whole BPA.

Gerona’s new method can measure metabolites directly without having to use the snail-based enzyme solution.Researchers tested Gerona’s method side-by-side with the standard method, first with synthetic urine spiked with BPA and then with 39 human samples.

When measuring the BPA and BPA metabolite content using Gerona’s new, direct method, researchers found BPA levels to be as much as 44 times the average levels reported by the National Health and Nutrition Examination Survey (NHANES), which is a federal program of studies designed to assess the health and nutritional status of people in the U.S.

The higher the BPA exposure in subjects, the more the standard method failed to measure.Researchers believe this discrepancy could be dangerous — federal health recommendations about the safety of BPA in consumer products have been based on incomplete and flawed data.

“I hope this study will bring attention to the methodology used to measure BPA, and that other experts and labs will take a closer look and assess independently what is happening,” he said.

The researchers behind the study are conducting additional experiments into BPA measurement. They’re also applying their new method to measure levels of other chemicals, including environmental phenols such as parabens, benzophenone, triclosan found in some cosmetics and soaps, and pthalates that are found in many consumer products, such as toys, food packaging, and personal care products.