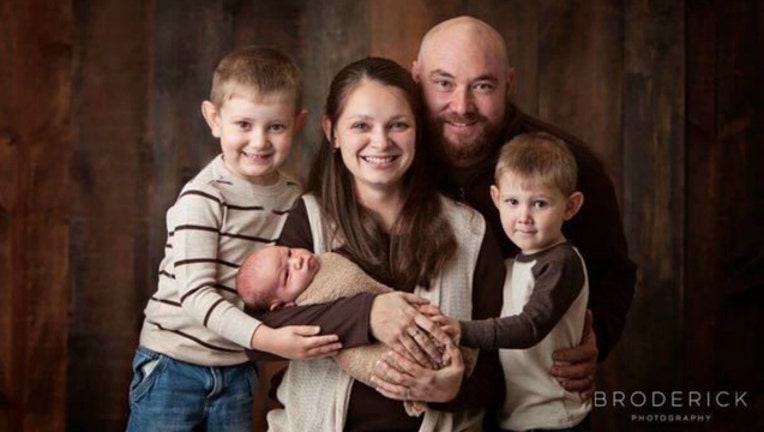 SUN-TIMES MEDIA WIRE - A third young boy has died of injuries suffered in a crash that also killed their mother Monday morning near south suburban Beecher.

The crash between a 2002 Chevrolet S10 pickup and a 2014 Subaru Outback happened at 8:38 a.m. in unincorporated Beecher, according to the Will County sheriff’s office.

The pickup was eastbound on Corning Road and failed to stop at the stop sign at Yates Avenue, where it struck the Subaru on the driver’s side, causing the SUV to leave the road and go into a field, police said. The Subaru had been heading north on Yates and did not have a stop sign.

The driver of the Subaru, 29-year-old Lindsey Schmidt, and her 1-year-old son, Caleb Schmidt, residents of Beecher, were pronounced dead at the scene at 10:35 a.m., according to the Will County coroner’s and sheriff’s offices.

Schmidt’s other two sons were taken to St. Margaret Hospital in Hammond, Indiana, according to the sheriff’s office. Both children were later transferred to Comer’s Children Hospital.

Schmidt was also pregnant at the time of her death, according to the sheriff’s office. She was taking her children to a nearby Bible camp when the accident occurred.

The 25-year-old man driving the pickup suffered minor injuries and was taken to St. James Hospital in Chicago Heights, police said. He was transferred to Christ Medical Center in Oak Lawn to undergo minor reconstructive surgery for a large cut to his arm. His condition has stabilized.

No charges have been filed as the investigation continues.

“The Will County Sheriff’s Office would like to extend our heartfelt sympathy and continued prayers to the family,” a statement from the sheriff’s office said.