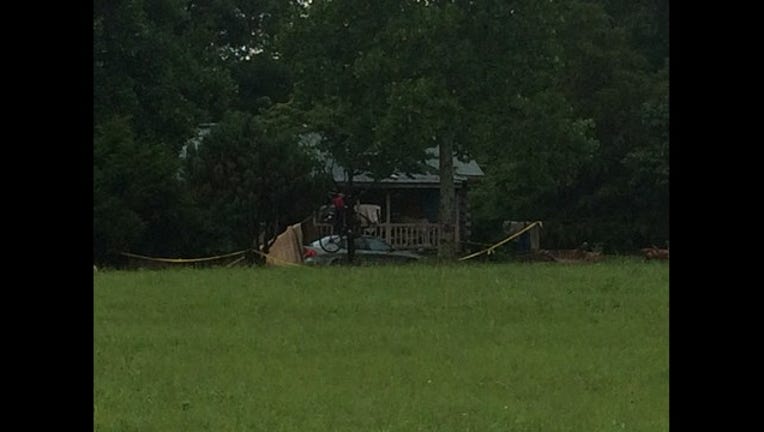 If it weren't for the yellow caution tape strung up outside, you might not even notice a tiny house in Homer. And a bizarre scene inside the house may have also gone unnoticed were it not for someone's feeling that things were not alright.

According to Banks County investigators, their involvement began when someone called to request a welfare check on the home's residents. Sheriff's deputies showed up around 1:00 a.m. Thursday and were let inside. Moments later they found a body. Deputies believe it had been there for several days.

Authorities have now arrested 49-year-old Billy Lewallen, He has been charged with malice murder and concealing a dead body.

Investigators also called in the GBI to assist with this case. Despite the involvement of multiple agencies, many questions remain.

The body was taken to the GBI crime lab in Decatur for an autopsy. Investigators hope to have more information early next week, including the results of that autopsy and the identity of that victim found in the home.