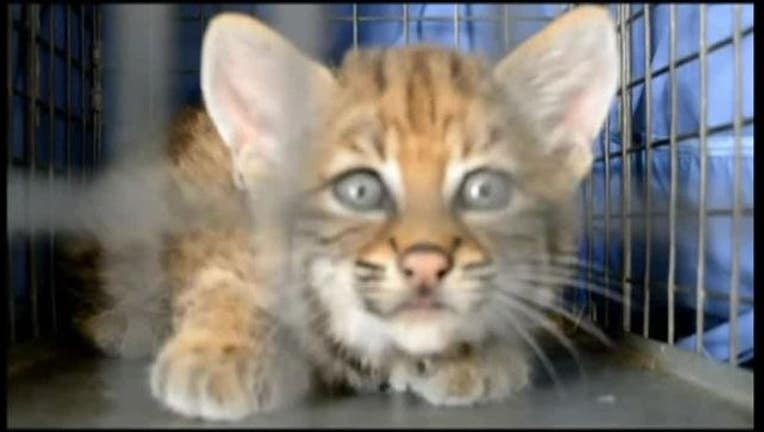 SAVANNAH, Ga. (AP) - Cameras used to track wild animals recently recorded a pair of bobcat kittens on Jekyll Island, signaling a potential comeback by the elusive predators on the island state park where the species vanished roughly a century ago.

A bobcat population would have natural benefits for Jekyll Island, prized for its undeveloped beaches and maritime forests teeming with wildlife. Except for gray foxes and alligators, the state-owned island has few predators. Meanwhile, white-tailed deer have grown so abundant that the island's conservation staff fears they may be overfeeding on its plants.

"It is really big news from a sort of ecological standpoint because predators shape ecosystems," Ben Carswell, conservation manager for the Jekyll Island Authority, said in an interview Wednesday. "This is a new predator that Jekyll had historically, but hadn't seen for a long while."

Carswell has been on the lookout for bobcats since 2014, when motion-activated cameras being used to monitor deer captured images of a single adult bobcat with its stubby tail and white patches behind its ears. The only prior evidence that bobcats may live on Jekyll Island was a photograph from the early 1900s showing pelts hanging in the gamekeeper's cabin.

Bobcats tend to avoid humans, and it took Carswell two more years to find proof of more than one on Jekyll Island. In late December, cameras recorded a mother and one kitten. A short time later, they captured images of two young bobcats together.

"So we know we had a male and a female in the same area at the same time a year ago," Carswell said. "We think the male is still here, but we're not totally sure."

Bobcats are often found in wooded areas of the coastal Georgia mainland, but are less common on the barrier islands, said David Mixon, the coastal region's game management supervisor for the Georgia Department of Natural Resources.

Mixon said a bobcat might get to Jekyll Island by hunting rabbits along the 5-mile causeway that links it to the mainland. Or one could cross the muddy marshes and mini-island hammocks at low tide without having to swim too much.

"It's not like they're starting at the bridge and swimming all the way out," Mixon said. "They're simply hopping from point to point."

It's unknown how many bobcats lived on Jekyll Island in the past. According to a 2013 master plan for managing the island, bobcats probably once helped limit whitetail deer and raccoon populations, but evidence suggests they may have been exterminated by hunting during the late 19th and early 20th centuries.

Carswell said it will probably take more bobcats finding their way to Jekyll Island to establish a viable population - particularly one large enough to reduce the number of deer.

But the bobcats currently on the island appear to be doing their part. While following some bobcat tracks recently, Carswell recently found a doe carcass in some brush with wounds to its throat.

"If some of them at least are capable of taking down a deer," he said, "they don't have a shortage of food."