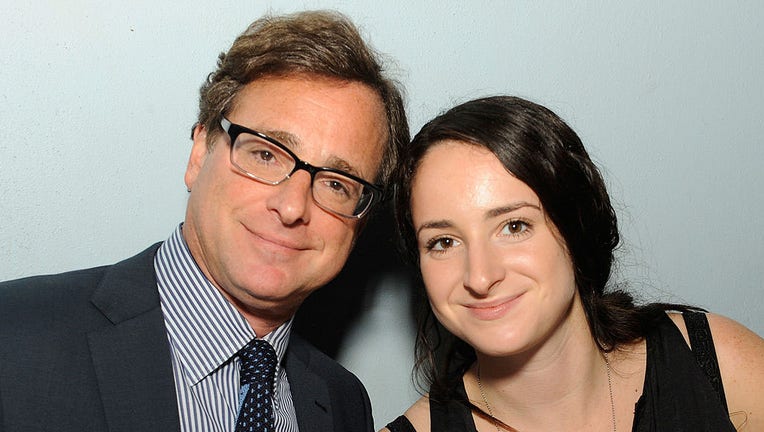 "My dad wasn’t just my dad, he was my best friend. He wore his heart. He didn’t hide it; he wasn’t afraid of love. My dad simply wanted to share laughter and love with this world," she wrote in a post on Instagram, alongside a throwback photo of the pair.

Lara Saget, 32, noted the "Full House" star and comedian’s enduring commitment to love others in the face of obstacles and fear.

"I have noticed how scary it can be to love that big, to open so fully. It can be easier to be angry, fearful, negative. Maybe because love has an infinite quality, it is boundless," Lara Saget continued.

"My dad taught me that it doesn’t matter what life throws, how hard, how painful, how seemingly impossible. It doesn’t stop that love. He chose love, always."

She added that she has committed to "doing the same" in memory of the actor, who died unexpectedly in January at age 65.

"The love is right here. And it’s my responsibility to give it to myself and to share by living in the love. I love you infinitely, dad. Happy Father’s Day," concluded Lara Saget, who is an artist and curator.

Bob Saget was found unresponsive on Jan. 9 in his room at The Ritz-Carlton hotel in Orlando. He had been staying there while performing comedy shows in the area. An autopsy later revealed that Saget died from an accidental blow to the head, likely from a backward fall.

Investigators called to the luxury hotel suite found no evidence of a struggle, foul play, or signs that anyone else had been in Saget’s suite during his stay. A toxicology analysis didn’t show any illicit drugs or toxins in Saget’s body.

There were also no signs of blood on the hotel bed’s sheets or bedspread, according to the report.

Photos that were taken inside actor and comedian Bob Saget's hotel room in Orlando, where he died earlier this year, were officially released by Orange County sheriff's deputies. In total, more than 30 photos were released, mostly offering varying vantage points throughout the room – the living room, bedroom, bathroom, and closet, which still had clothing on the hangers. Last week, the medical examiner released additional details about the potential cause of the comedian's death: a fracture was found at the base of Saget's skull with evidence of bleeding around the brain. The medical examiner suggested that Saget may have fallen and hit something hard, following by something soft, such as a carpeted floor.

In addition to Lara, Bob Saget had daughters Aubrey and Jennifer with his first wife Sherri Kramer before divorcing in 1997. He married Kelly Rizzo in 2018.

The actor-comedian was most known for his "Full House" role as beloved single dad Danny Tanner and as the wisecracking host of "America’s Funniest Home Videos." But his stand-up also showed his notoriously filthy sense of humor.

In early 2020, Saget was preparing for the start of his comedy tour when the pandemic put it on hold. He turned his energies to a podcast, "Bob Saget’s Here For You," and also occasionally focused on directing over the years.

Once on his "I Don’t Do Negative Comedy Tour," Saget celebrated in January after receiving warm audience receptions at his shows.

"I’m back in comedy like I was when I was 26. I guess I’m finding my new voice and loving every moment of it," he posted Jan. 9 on Instagram.

Earlier this month, the beloved comedian was posthumously honored with the 2022 Critics Choice Real TV Impact Award, which recognizes "an outstanding individual for career excellence and the positive impact they have made on the world of nonfiction content." Fellow "Full House" star and friend John Stamos presented the award to his widow.