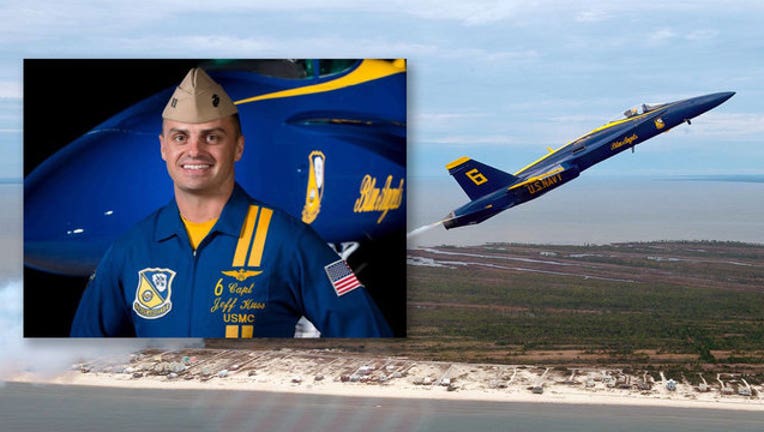 DURANGO, Colo. (AP) - Durango, Colorado is getting ready to honor a Blue Angels pilot killed in a crash in Tennessee last week. Marine Capt. Jeff Kuss crashed near Nashville while taking off for a practice session ahead of a weekend air show.

Earlier this week, the U.S. Navy Flight Demonstration Squadron's Marine Corps C-130 Hercules, also known as "Fat Albert," conducted a flyover of downtown Pensacola to honor Kuss.  His body was transported to the Blue Angel's home base, the Naval Air Station Pensacola, for a memorial ceremony.

"When you see the solos overhead tonight, send him your thoughts, prayers and a Semper Fi," the Blue Angels tweeted on Tuesday.

The Durango Herald reports that Kuss will be buried in a private ceremony Saturday in his hometown. Residents are expected to line the streets to honor him as the motorcade passes through the city.

The ceremony will include a flyover by the Checkerboards, Kuss' unit before joining the Blue Angels.