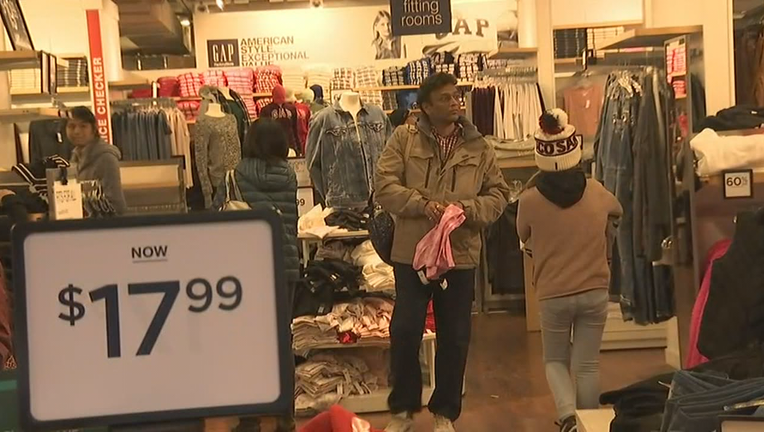 LIVERMORE, Calif. - It’s Black Friday and shoppers are packing shopping  malls around the Bay Area, picking up Christmas gifts and other items at bargain prices.

The deals led to long lines at some stores at the San Francisco Premium Outlets in Livermore.
Some of the biggest crowds waited outside Nike, North Face and designer handbag shops like Kate Space and Tory Burch.

“We wanted to go to American Eagle and Nike and Adidas and many stores with sporting goods,” he said.

Employees at some shops like Tommy Hilfiger put up crowd control ropes. When stores got too busy, they only let people in one group at a time.

Elissa Harrington says the outlets in Livermore were not that crowded early on Friday.

Some shoppers said the rush wasn’t as bad as they expected.

“It’s been good but i remember coming July 4th and it was much more crowded compared to this time,” Jarna Kothi of Fremont said.

Rushadh Kamdar, also of Fremont, said that the outlets seem more crowded on the weekend. Still, he was happy to get up early and wait in line.

“We don’t have anything better to do,” he said.