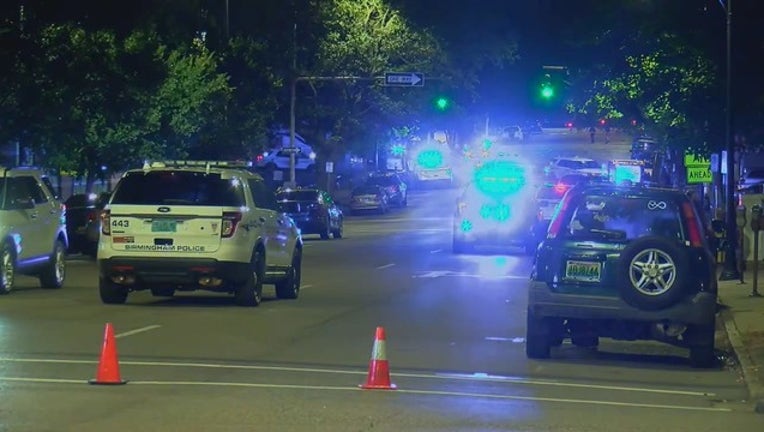 BIRMINGHAM, Ala. (AP) - Authorities say an Alabama police officer has been shot multiple times by a suspected convenience store robber who was then killed in a shootout in downtown Birmingham.

Smith says the suspect shot one of the arriving officers before being fatally shot in. The officer was hospitalized and undergoing surgery.

Al.com reports that another officer was injured, but not by gunfire, during the incident.

It is unclear how the other officer was injured.

Officials have not released the names of the injured officers or the dead suspect.