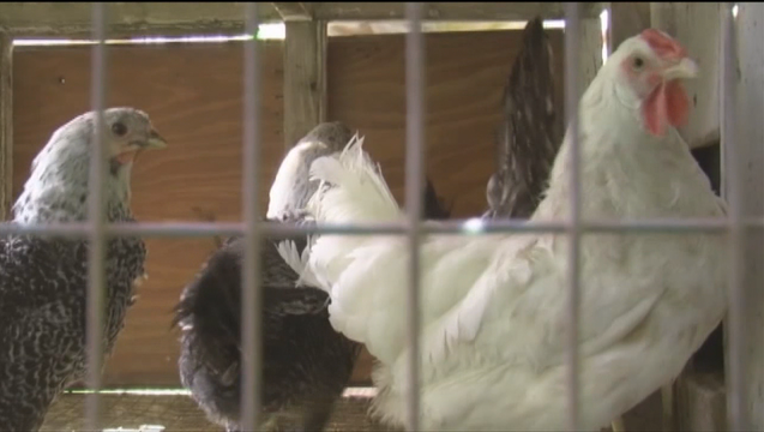 SUMMERVILLE, Ga. (AP) - About 18,000 chickens were destroyed at a northwest Georgia poultry farm after tests confirmed avian influenza in the flock, the first time the disease has been detected in commercial birds in the state, authorities said Monday.

The infected chickens were flagged by routine screening at a poultry breeder in Georgia's Chattooga County, said Julie McPeake, a spokeswoman for the Georgia Department of Agriculture.

Surveillance monitoring of all other commercial operations within a 6-mile radius found no further infections. State officials also planned to check all backyard breeders within 2 miles.

Poultry is the No. 1 agricultural sector in Georgia, with breeders and processing plants having an estimated annual $25.9 billion impact statewide.

"We have never had avian influenza in a commercial flock in Georgia," McPeake said. "This is the first one."

Chattooga County, about 90 miles (145 kilometers) northwest of Atlanta, is on the Georgia-Alabama state line and not far from Tennessee. Both neighboring states, along with Kentucky, also have reported bird flu in poultry flocks in recent weeks.

Officials in Georgia and the other states say no infected birds have entered the nation's poultry supply, and the U.S. food chain isn't at risk. While the disease can devastate bird populations, it rarely jumps to humans.

None of the infected birds in Georgia showed any symptoms, McPeake said, leading officials to believe they had a low-pathogenic form of the disease like those in Alabama and Kentucky.

High-pathogenic bird flu, a deadlier form of the illness, was detected this month in Tennessee, where 145,000 birds were destroyed.

Overall, more than 225,000 birds have been euthanized because of the disease in the four Southern states. In addition, the U.S. Department of Agriculture said earlier this month a flock of 84,000 turkeys had been confirmed with a low-pathogenic bird flu virus in Wisconsin.

The viruses in the current outbreaks are different from the high-pathogenic virus that resulted in the loss of nearly 50 million birds in the Midwest chicken egg and turkey industry in 2015.