WASHINGTON - President Joe Biden on Tuesday took executive action aimed at expanding access to legal representation and the courts for minorities, low-income Americans and others.

Biden signed a presidential memorandum directing the attorney general to submit a plan to expand the Department of Justice’s access to justice work within the next three months, according to the White House. The Access to Justice office was launched in 2010 and formally established in 2016 during the Obama administration, working on matters including criminal indigent defense, enforcement of fines, language barriers in the courts and civil legal aid.

But the office’s resources dwindled under the Trump Administration and was shut by then-Attorney General Jeff Sessions in 2018. Senior Justice Department officials said that its mission was similar to the role of public defenders.

Biden’s memorandum also reestablishes the White House Legal Aid Interagency Roundtable, first formed in 2012 and was launched as a White House initiative in 2015 to find ways to improve access and help people representing themselves, among other things.

The roundtable will also examine the impact that the coronavirus pandemic has had on access to justice in both civil and criminal matters.

"The White House Legal Aid Interagency Roundtable will be co-chaired by the Attorney General and the Counsel to the President, or their designees, and will convene federal agencies to identify ways to address some of the most pressing legal services challenges that we face today—including those posed by the COVID-19 pandemic," the White House said in a statement. 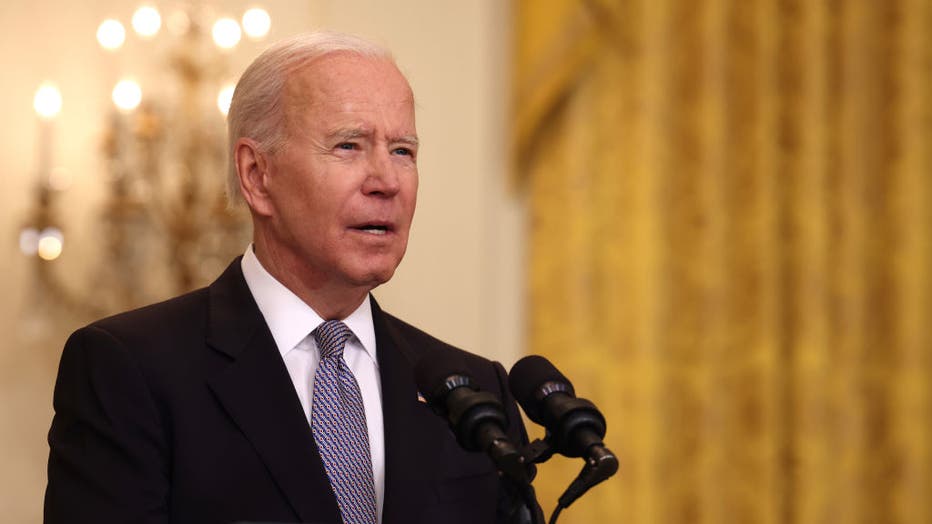 President Joe Biden gives an update on his administration’s COVID-19 response and vaccination program in the East Room of the White House on May 17, 2021 in Washington, D.C. (Photo by Anna Moneymaker/Getty Images)

The announcement comes as the Biden Justice Department has been refocusing the agency around civil rights, prioritizing policing reform measures and combating racial discrimination. It comes almost a year after the death of George Floyd sparked global protests and demands for action to address structural racism.

In just the past few weeks, the department has opened investigations of police in Louisville, Kentucky, and Minneapolis. Federal prosecutors have charged four former Minneapolis police officers with civil rights violations in Floyd’s death and accused three men of hate crimes in the death of Ahmaud Arbery in Georgia.

Civil rights organizations and leaders have been pressing the Biden administration to reestablish the Access to Justice Office and its work. The memo doesn’t explicitly reopen the office but requires Attorney General Merrick Garland to submit a plan within 120 days to expand work on access to justice.

Biden also visited Ford's electric vehicle plant in Dearborn, Michigan, on Tuesday, returning to an industrial state that contributed to his election victory and is the center of an auto sector that will likely need some government help to move away from gas guzzlers.

The president has proposed a $2.3 trillion infrastructure plan, which would invest billions of dollars in the electric vehicle market and add 500,000 charging stations nationwide in an effort to shift electric vehicles from a luxury niche to mainstream America.