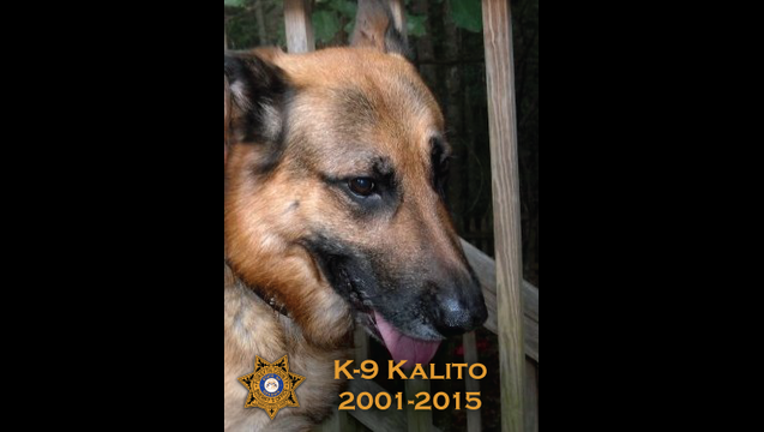 FORSYTH COUNTY, Ga. - The Forsyth County Sheriff's Office is mourning the loss of a beloved member of their staff.

Wednesday on Facebook, the Sheriff's Office announced the passing of K-9 Kalito. The dog served in Forsyth County from 2001 to 2007 and then retired due to hip issues.

"Kalito was adopted by one of our deputies, Deputy Coe. Deputy Coe and his family cared for Kalito since his retirement," the Facebook post said. "Thank you for your service, K-9 Kalito."

Following the sad news, many followers and residents of Forsyth County have offered their condolences on Facebook.

Facebook user Melinda Brewer Weems said she had the opportunity to intern with the FCSO and she was amazed by the intelligence of K-9s and their handlers.

"May God bless Kalito as he passes over the rainbow bridge," Weems said. "His service is beyond appreciated. Rest in peace sweet angel."