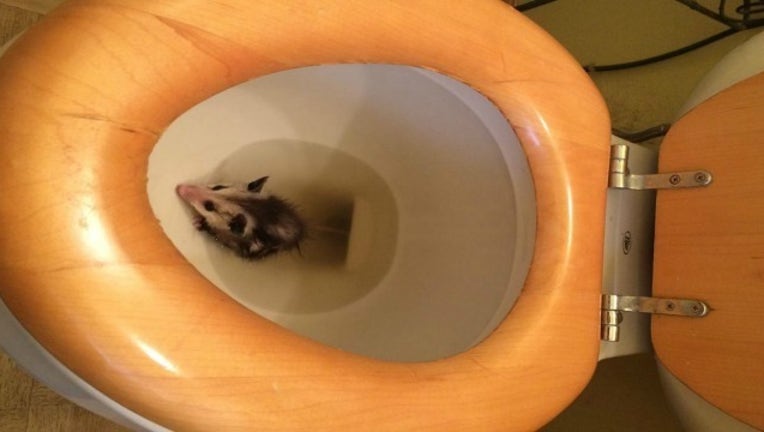 SAN DIEGO (AP) -- The San Diego County Department of Animal Services says a baby opossum is doing well after being rescued from a toilet.

The soaking wet little creature is seen in photos posted on the department's Facebook page.

The agency says a Pacific Beach woman found the critter in her toilet on May 1 and Animal Control Officer Carlos Wallis responded and took it to the San Diego Humane Society's Project Wildlife. It will be released when it is old enough to survive on its own.

A second opossum was found in the home later, along with a broken window which likely allowed the animals to enter.