A police chase is underway involving a suspect possibly wanted in connection to attempted murder.

LOS ANGELES - The search is on for a police chase suspect who may be connected to an attempted murder case.

SkyFOX followed most of the high-speed chase as the suspect, inside a black sedan, was spotted leading CHP and LAPD officers on the pursuit through Van Nuys, Hollywood, North Hollywood, Sylmar, Granada Hills and then parts of Santa Clarita. 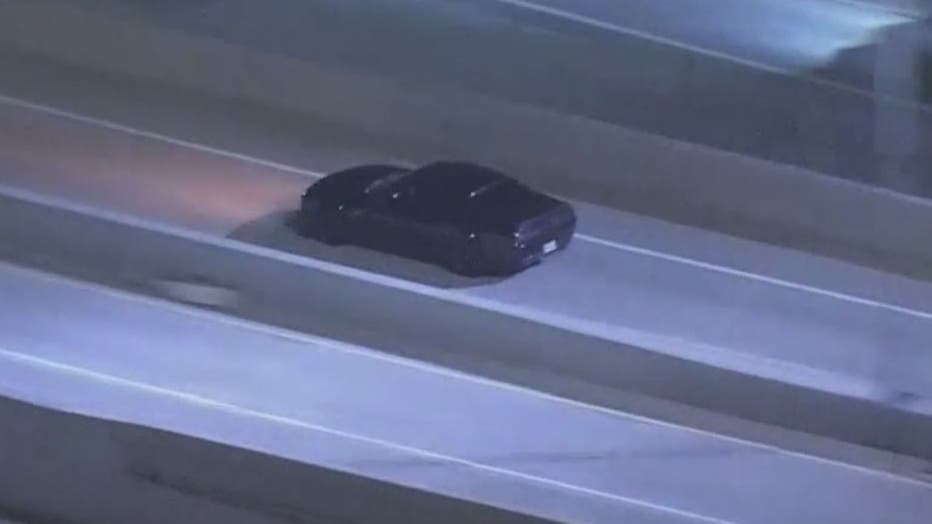 Officials did not specify which attempted murder case the suspect may be connected to.

Authorities eventually lost hold of the pursuit suspect around 7:10 p.m. Officials have not released the suspect's physical description.