ATLANTA - Atlanta police are looking for a black SUV that was caught on a home surveillance camera back on Oct. 15 driving on Fennel Way just minutes before a man was gunned down and killed.

Police say the shooting happened around 8:45 a.m. on the 400 block of Fennel way. Police believe the unidentified victim was shot when the vehicle passed. 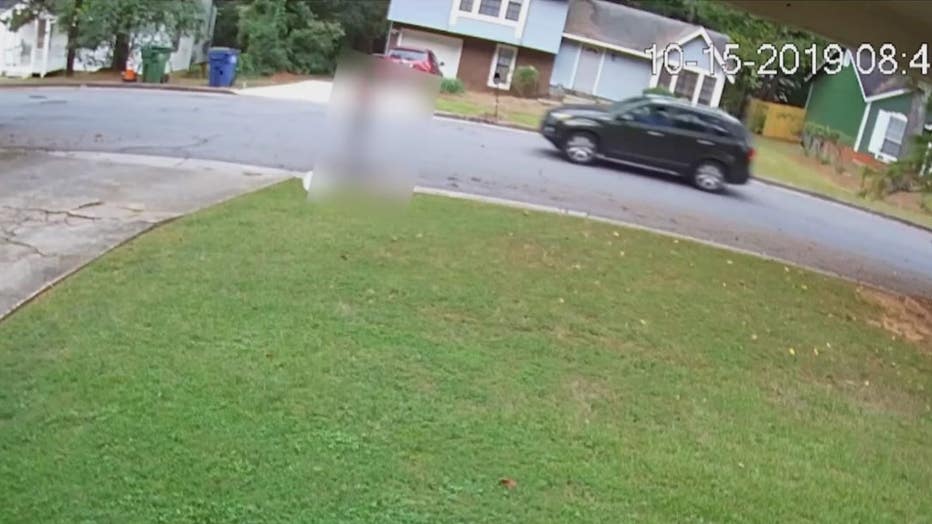 FOX 5’s Elizabeth Rawlins spoke to one woman who heard the gunshots. She didn’t want to be identified because of what she heard and saw.

“[I heard] seven shots,” the anonymous neighbor said. “And that’s what made me look out the window. I couldn’t see what kind of car. I couldn’t see his face because he ran and got in on the passenger side and then they took off.”

According to neighbors, the victim had recently moved in with family members who lived on this street.

The circumstances surrounding the shooting are still unclear but investigators believe the man was targeted.

Witnesses said there were two people in the car.

"Somebody was driving because the person got in on the passenger side,” the neighbor said.

According to police, there are not many violent crimes in this area. It’s been three weeks since it happened and neighbors are still very concerned and unsettled.

“I need to get some more security. I don’t have cameras,” the neighbor said.