ATLANTA - An Atlanta Police officer was hit by another vehicle Friday afternoon.

The officer was driving his police motorcycle along Donald Lee Hollowell Parkway when he was hit. 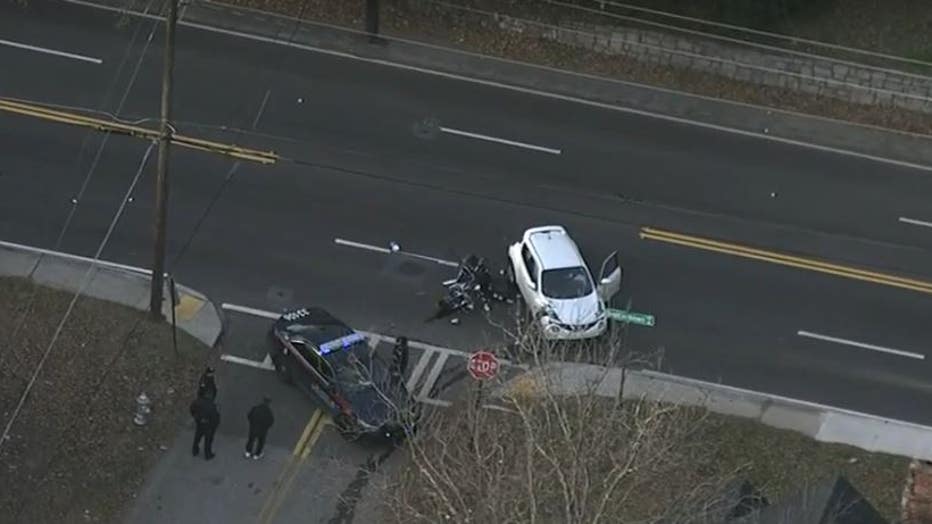 According to Atlanta Police, the officers injures are not believed to be life-threatening.

SKY FOX 5 flew over the scene where nearby streets were blocked off.

The officer was taken to Grady Memorial Hospital for treatment where he was reported as being breathing and alert.

No word on when roads in the area would reopen.