HENRY COUNTY, Ga. - The president of Atlanta Motor Speedway is showing lawmakers how Georgia can do casino resorts differently, catering to the whole family. 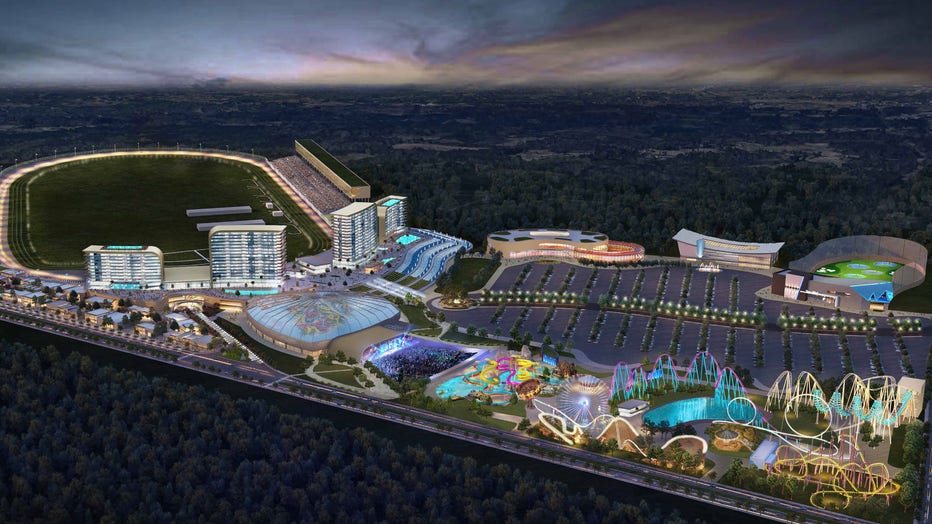 Clark said while the casino would be a big draw, it wouldn’t be the only attraction. In addition to the existing track, a 3-level gold driving range, an indoor/outdoor waterpark, a 330,00-square-foot theme park, 10 theater cinema complex, a family entertainment center with an e-sports arena, and a night club.

This is all before the casino and the main resort which would boast 700 rooms, an 85,000-square-foot casino gaming floor, 75,000-square-feet of convention space, and a 400-unit timeshare.

Conceptual plans for a casino resort at Atlanta Motor Speedway

Clark said one of the biggest reasons it would be natural to make AMS into a casino resort would be the fact it is already a big attraction with the yearly NASCAR races, Imagine Music Festival, Georgia State Fair, Atlanta Air Show, and weekly races.

Clark said in addition to the built-in fan base of visitors, the proposed resort could pull in new visitors for conventions, sporting events, concerts, and more.

Another argument is its proximity to two airports. It’s about 21 miles away from Hartsfield-Jackson International Airport and adjacent to the Henry County Airport. 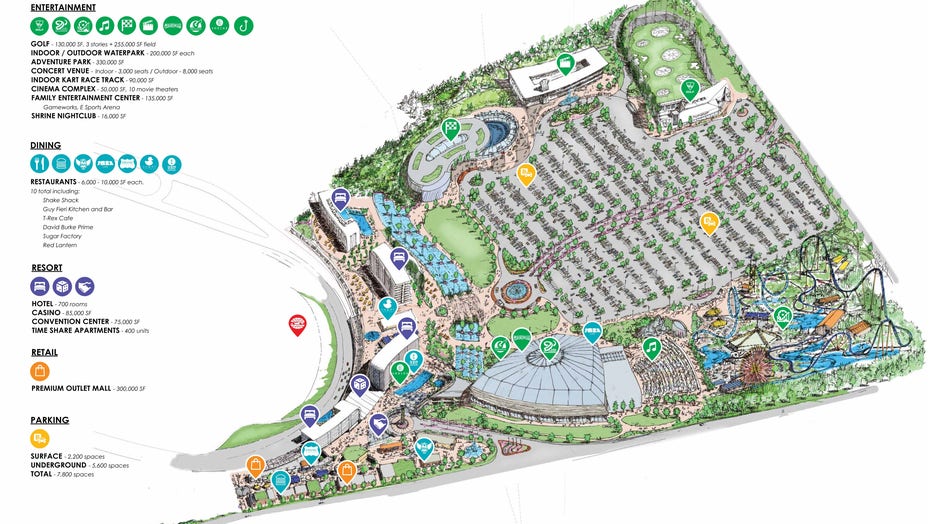 But Clark said the groundbreaking won't happen any time soon. The Georgia Legislature first must approve a Constitutional Amendment with two-thirds of the lawmakers passing it. It then would need to be approved by the citizens of the state of Georgia before any permitting could even be applied for.

Clark said the biggest revenue would go towards education with the proceeds from the casino going to support Georgia education like the Georgia Lottery currently does.

While the state goes through its process to decide, Clark said some local leaders have been receptive to the concept. That might be because of the nearly 5,000 permanent jobs it would create and the estimated 1 billion in construction revenue alone.

Clark said AMS is working with Foxwoods Resort Casino to continue to develop the concept fully. But they obviously will have to wait on the state.