MARIETTA, Ga. - If you spent New Year’s Eve sipping champagne at a swanky party, there was probably an ice sculpture somewhere in the room.  And if that New Year’s Eve party happened here in Metro Atlanta, there’s a good chance we can name the man who crafted that frozen masterpiece. 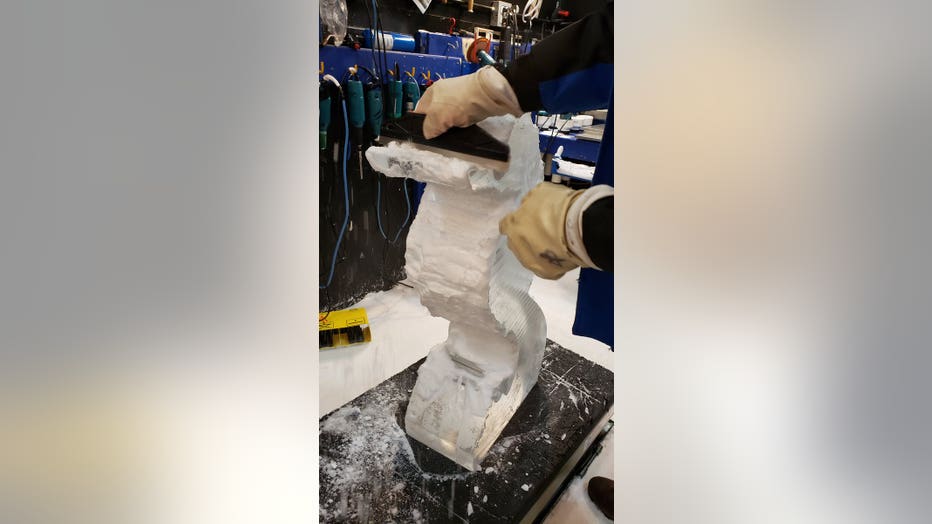 Jim Duggan is the owner and lead carver at ICE sculpture INC., a Metro Atlanta-based company that literally turns water into art.  From gleaming wedding centerpieces to ice bars and luges for parties to sculptures used in movies and television projects (including the 2017 film A Bad Moms Christmas), Duggan and his team are masters of this cold craft, and have won awards at competitions hold around the world.

So, how did it all begin?  Duggan started out in the culinary industry after graduating from the Art Institute of Atlanta, and started learning ice carving while working in kitchens around Metro Atlanta.  He eventually found a job as a delivery driver for Atlanta Ice, where he honed his craft; eventually, in October of 2011, Duggan launched ICE sculpture INC.  Duggan is now also focused on his new company called Ice Carvings Everywhere, which ships small ice centerpieces through the mail (kind of like flower delivery…for ice!).

It’s one thing to read about Jim Duggan and his ice carving, but it’s another to actually see it happen.  So, we spent the morning in the freezer at ICE sculpture INC., getting an up-close look at the process and even trying a little ice carving ourselves.  Click the video player to watch our segments live from ICE sculpture INC.!

A metro-Atlanta based company is turning water into art.

A metro-Atlanta based company is turning water into art.