A man said he formed the organization a few months ago after seeing a lack of resources in his community. He hopes he can teach kids to learn from him after being on the wrong side of the law.

ATHENS, Ga. - An Athens man is taking action to help combat youth violence in his community.

Darius Brightwell recently formed the nonprofit organization Save Our Youth.

Brightwell said his team wants to turn the now closed Nellie B. Library into a community center for young people in the neighborhood.

"Nobody's gonna respect somebody that steals from another person, that's the main thing we teach them," Brightwell told FOX 5's Brian Hill. 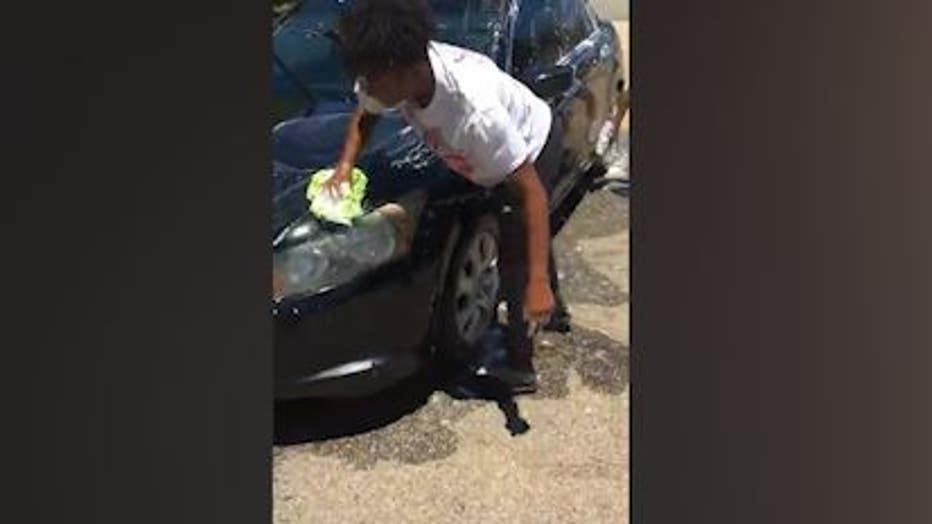 He said he formed the nonprofit about three months ago after seeing a lack of resources in the community.

When he was growing up here, the 40-year-old says the old Nellie B. Library and Community Center was an outlet for activities like tutoring, sports, and bible study.

"Too many kids dying and not knowing the basics of life," he said.

Those are basics that Brightwell feels these kids will really pay attention to coming from him, having been on the side of the law.

"Whatever I did illegal, I went to the system and paid for it and me as a man from this community, it's only right for me to show them," he explained.

Save Our Youth's co-CEO Petier Davis went on to say, "Kids was doing a lot of gang violence and, you know, just a lot of shootings and unnecessary stuff around the neighborhood, so we figured we could just give them somewhere to go so they wouldn't have to do that."

Right now, there are about 50 kids involved with the nonprofit organization.

"A lot of time kids turn to crime because of the lack of money and stability they have so having these jobs, having us create jobs for them, that will change their thought process," Requinta Hawkins, who works with the organization, said.

Along with starting weekly car washes and organizing other jobs, Brightwell's team is creating a dance program, stop the violence initiative, and other intervention work.

"Programs like this the often the only support system that a lot of kids have," Hawkins described.

Athens-Clarke County Commissioner Mariah Parker also got involved and helped fundraise to buy a bus to transport the kids and their families.

"We can make communities a lot strong and keep kids from getting wrapped up in the criminal justice system where they might fall victim to crimes themselves or be locked up for a period of years," the commissioner explained.

Brightwell said they want to open a space for the kids soon.

Find out more about Save Our Youth on Facebook.