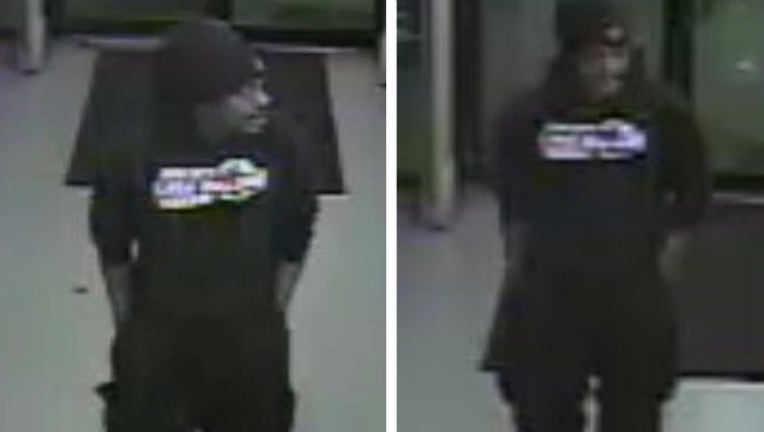 CONYERS, Ga. - An armed robbery suspect hid in the women's bathroom of a store in Conyers before ambushing an employee at closing time, according to authorities.

Police are offering a reward of up to $2,000 for information leading to an arrest in this case.

The suspect is described as a black male who armed with a black handgun. He was last seen wearing a hooded shirt and a blue bandana.

Anyone with information is asked to contact the Conyers Police Department at 404.577.TIPS (8477).