SOUTH FULTON, Ga. - A woman leaving her job at a nail salon in the City of South Fulton had a horrifying encounter with a man who hid near her car and then robbed her at gunpoint.

"She was caught totally off guard," said Lt. Derrick Rogers with the South Fulton Police Department.

The man was hiding in between two cars, then chased the woman until he could grab her. She dropped her purse, but then, the surveillance video of the encounter shows the masked man leading her to her car

South Fulton Police said the man left the nail salon in the woman's car, but then he dumped the car hours later in Atlanta. Police were able to return the car to the woman, but the carjacker is still on the run. Officers say the woman did the right thing by handing over her keys and purse.

"Just give your property up, and save your life," said Lt. Rogers.

The woman who was attacked was too scared to speak on camera, but her manager told FOX 5 this has made her worried to even leave her home.

"I kind of felt her terror," said Rogers.

Since the hijacking, the nail salon has added more lighting and cameras to make sure this doesn't happen again. Police said this time of year can be especially dangerous. 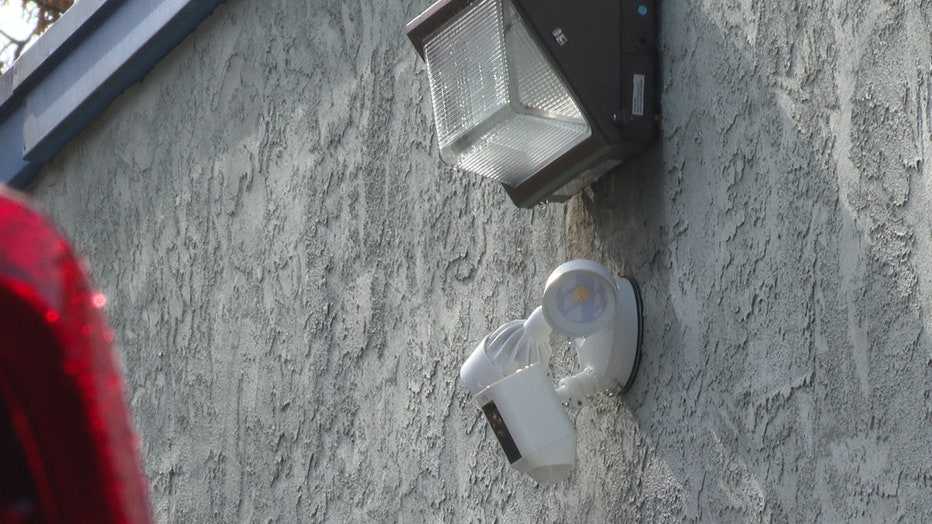 The police say the hijacker wore dark clothing, a ski mask and white and black colored shoes during the attack. There is a reward from Crime Stoppers for any information leading to an arrest.

You can anonymously submit information to the Crime Stoppers Atlanta tip line at 404-577-TIPS (8477) or online at www.StopCrimeATL.com.