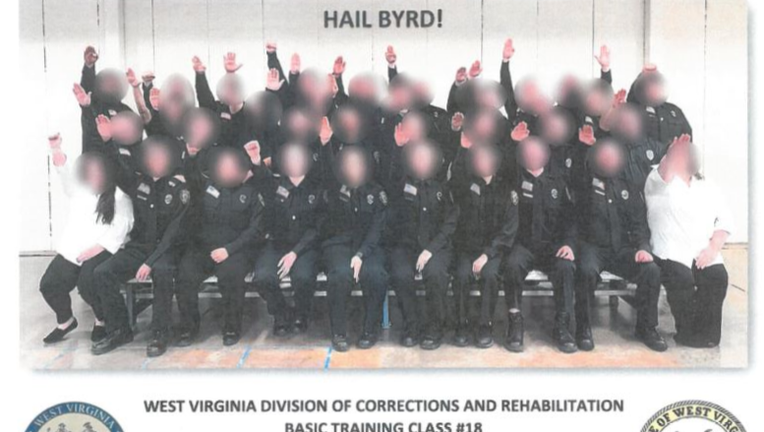 CHARLESTON, W.Va. (AP) - After a photo surfaced of West Virginia correction officer trainees giving what appears to be the Nazi salute, state officials quickly suspended some employees and the governor ordered the firing of those involved.

The image, showing more than two dozen trainees with their arms raised and faces blurred, was released Thursday by the West Virginia Department of Military Affairs and Public Safety. A line of text reading “Hail Byrd” tops the picture, which an agency spokesman said was a reference to the trainees' instructor.

Before the photo was made public, the agency's secretary, Jeff Sandy, released a memo describing the image of Basic Training Class Number 18 as “distasteful, hurtful, disturbing, highly insensitive, and completely inappropriate." He wrote that the picture “betrays the professionalism I have seen time and time again displayed and practiced by our brave correctional employees.”

Republican Gov. Jim Justice issued a statement condemning the photo and ordering the firing of the people involved.

“This will not be tolerated on my watch -- within the Division of Corrections and Rehabilitation -- or within any agency of state government,” said Justice.

Sandy's memo ordered all copies of the picture destroyed or taken out of circulation to prevent them from spreading. He said an investigation of the incident is ongoing.