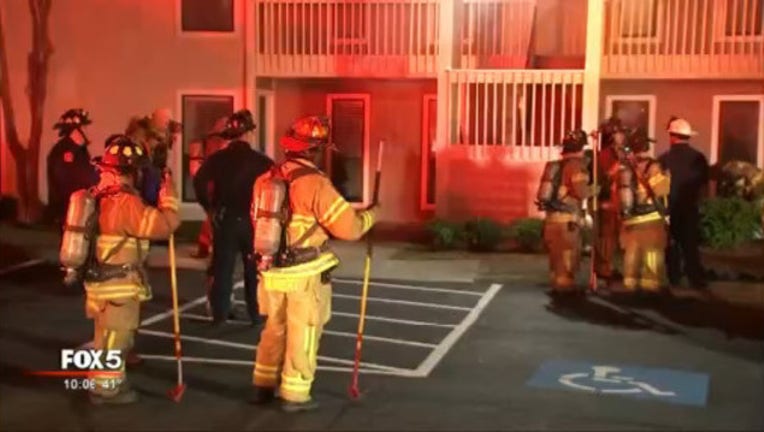 DEKALB COUNTY, Ga. - Firefighters tell FOX 5 at least four units were damaged after an apartment fire in Decatur. Thankfully, authorities say no one was injured.

Battalion Chief Doug Brown says they are still investigating the cause of the fire.

According to the fire department, the flames started around 7:30pm Sunday night at 3417 North Druid Hills Road,

One resident told FOX 5 that she heard someone screaming from the apartment in the building next to hers. She saw flames gushing out the window and called 911.